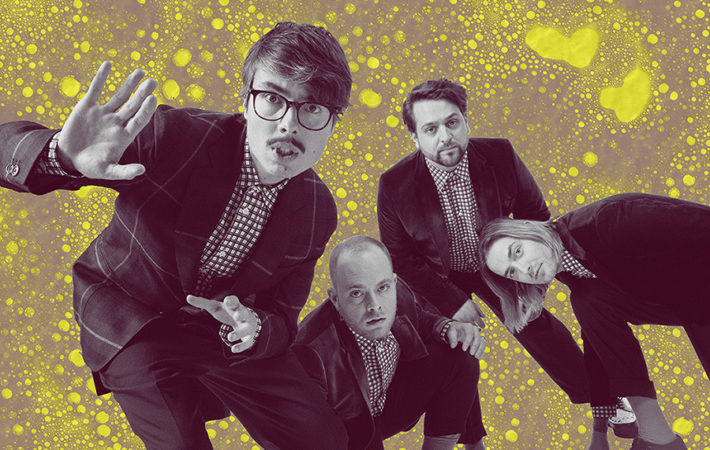 The word “coffee” might very well trigger different responses in most of us. Some can not start their day without it; others prefer it a little later while already awake, and then some loathe coffee or gave it up altogether because of its effects. So when I listened to “After Coffee,” I was already intrigued, and the laid-back feel-good vibe does the rest. “After Coffee” is the new single by Rochester, New York-based fourpiece Joywave and it is gorgeous!

Like so many other artists, Joywave had big plans for 2020. They were releasing their third album titled “Possession” for starters. However, the album’s release date, March 13th, marks one week before the “New York State on PAUSE” mandate, and since then, none of us has experienced any live music in a live venue, with live audiences, etc.

When asked whether “After Coffee” would be a “pandemic song”, Joywave’s frontman Daniel Armbruster offers:

Some listeners will undoubtedly hear their own 2020 experiences in the lyrics but to me it’s just waking up, pouring the coffee, petting the cat, and enjoying the silence.

Question answered, and I get myself a cup of coffee now, while I hit the play button for “After Coffee” one more time. Enjoy our Song Pick of the Day now:

Connect with Joywave on Facebook, Twitter, and Instagram and add “After Coffee” to your playlist as we are adding it to our glamglarepick playlist on Spotify: