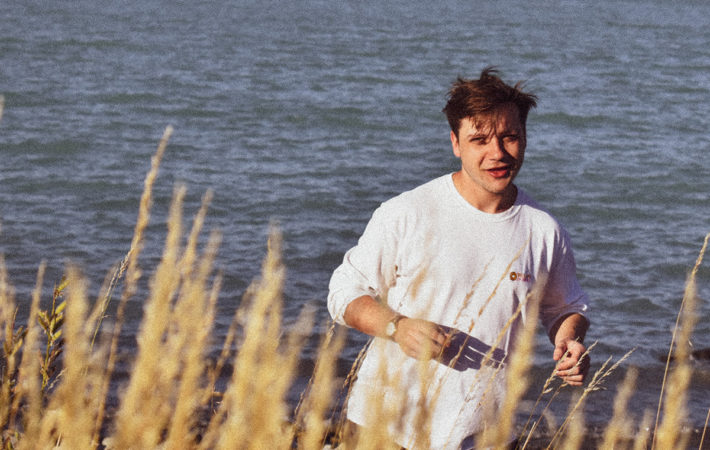 Within mere seconds we were totally smitten by “White Wine,” and listening to the track only gets better the more we indulge in it. “White Wine” marks the new single by British producer Cyrano, who, like the famous fictional character, wants to remain in the background for now. For “White Wine,” Cyrano teamed up with fellow producer Oli Barton-Wood (Nilüfer Yanya, James Blake, and Blaenavo), as well as Jazzi Bobbi (saxophone) and Sam Johnston (guitar). On his debut single, Cyrano sings himself and plays the Rhodes piano to his MPC beats. Many creative people feel most energized and productive in the evening hours, and here is someone who does so too. Cyrano says:

There’s something quite alluring about those early hours; the ambience and tranquillity provides a soft focus, away from the modern-day distractions of the world’s routine. I’m forever chasing the hours of night when time becomes elastic and I lose myself in the space of sound.

We love the melange of a heavy dose of melancholy broken up by a playful, lightheartedness. We can also sense the feeling of missed possibilities if we had only communicated properly. Bittersweet and beautiful! Listen to “White Wine,” our Song Pick of the Day:

Connect with Cyrano on Facebook and Instagram and add “White Wine” to your playlist as we are adding it to our glamglarepick playlist on Spotify: