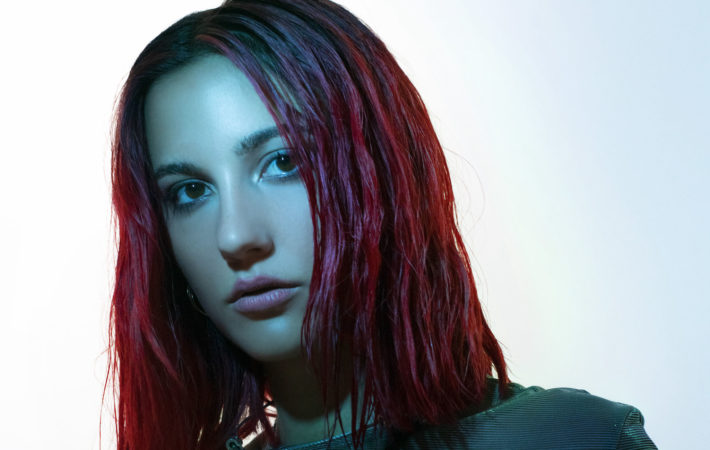 “Manic” is a big pop song, one that you could imagine accompanying the opening sequence of a Bond movie, even though the visualizer suggests more something like “Bladerunner.” But that might not be at all what Kaity Dunstan, the Australian musician who records as Cloves in London, had in mind. In fact, the song is about an unspecified state of mind that is very real, even though it makes no immediate sense. Kaity explains:

“Manic isn’t meant to be coherent, it’s written like a spiralling mood/feeling that you’re struggling to articulate to yourself and others, it’s lack of punch line is its meaning, it’s ‘idk what’s going on in my head but everything feels wrong’, we wanted to give that feeling by stringing together oddities, words to throw sentences off balance, that’s also why it’s the first track and opens the album because it’s so unresolved.”

Watch the visualizer for “Manic” below or listen on your favorite streaming service: