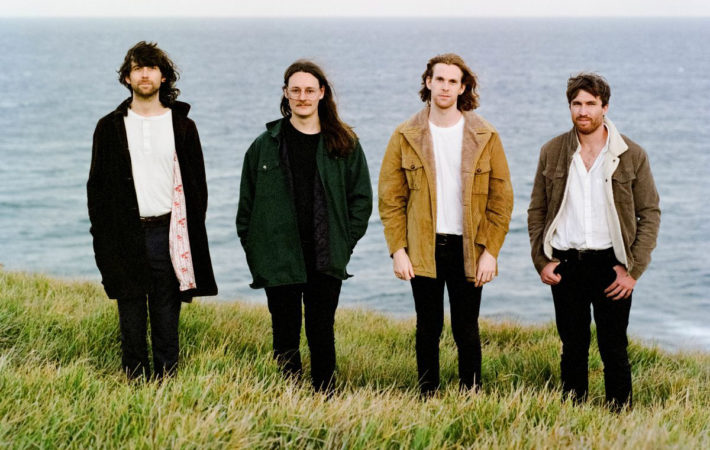 At home in Lennox Head, New South Wales indie rockers WHARVES released “Everything I’m Waiting On,” an instant classic brimming with promise and hope. From the get-go, the listener is enveloped in a long-missed feeling of possibilities, endlessly bright skies, and sheer bliss. The four-piece ensures though that we stay grounded by adding undertones of a darker reality and wistfulness, and a shoegazey guitar solo, that we came to love from Australian bands.

Instantly hooked, we did not stop with “Everything I’m waiting on” I want it now but continued listening to WHARVES’ impressive song releases. Their previous single “Think Straight” is another crazy catchy winner that we can not get enough of. (Check out the feel-good music video.)

Set backs can have silver linings. Through cancelled overseas touring and being separated by state border closures we’ve developed a stronger sense of appreciation for each other, the project and our local community and environment. The geographic and financial limitations of COVID have resulted in us being more creative and improving our skills at recording, photography and video making.

Listen to “Everything I’m Waiting On,” our Song Pick of the Day:

Connect with WHARVES on Facebook, Twitter, and Instagram and add “Everything I’m Waiting On” to your playlist as we are adding it to our glamglarepick playlist on Spotify: