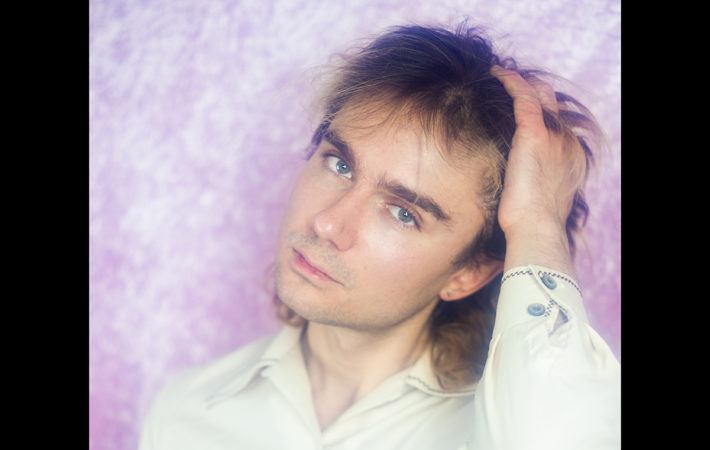 Lush, airy, and very lovely “So Sweet So Nice” is an irresistible instant crowd-pleaser. It marks the new single by John Moods, who is known as part of Berlin-based dream-pop band, Fenster and is now gearing up to release two EPs this year. Jonathan Jarzyna aka John Moods already has a full-length album under his belt, his 2018 debut “The Essential.” Ultimately, both EPs “So Sweet” and “So Nice” will be released in physical format via Arbutus Records on August 6th but until then, the digital version will hold us over.

When asked about his new single and video, Moods explains:

Here I’ve tried to make the happiest song possible about death and transience. It’s a celebration of life through the lens of mortality. A feeling of ecstatic aliveness and balance when faced with the madness of existence. It addresses the passage of time and the seasons and the blooming and decomposing of the natural world. So sweet, so nice; everything is waiting to die. So sweet, so high; nothing ever felt so alive.

Listen to “So Sweet So Nice,” our Song Pick of the Day, and check out the compelling music video:

Connect with John Moods on Facebook and Instagram, and add SONG to your playlist as we are adding it to our glamglarepick playlist on Spotify: