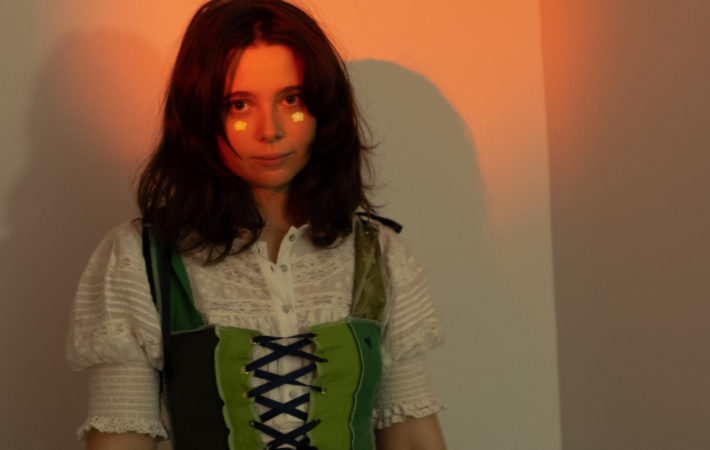 For Lindsay Reamer music played an important role all her life. But it took her some time and a move from Boston to Philadelphia to summon the courage to create music herself. And courageous her first EP “Lucky” is: while loosely grounded in the singer/songwriter genre, she goes to some unexpected wild places in the four songs on the record.

“Recording this began as an exercise in overcoming self doubt. While living in Boston during college I was surrounded by incredibly talented and technically trained musicians. I was intimidated by them and convinced myself that because I couldn’t play like them I could never create anything of value. To satiate this longing, I did whatever I could to put myself in close proximity to music. I booked shows, dated musicians, and even performed as a backup dancer for a regionally touring band. It’s funny to think about how I did everything I could to be around music without actually playing it myself. After moving to Philadelphia and away from these identities, the illusion faded away. I became inspired by songwriters like Arthur Russell and Daniel Johnston, who’s songs felt so free of any self imposed restrictions. My desire to write music finally surpassed my fear.”

“Lucky” is out now (listen here). Our Song Pick of the Day is closer “Today”. Listen below on Bandcamp or Spotify: