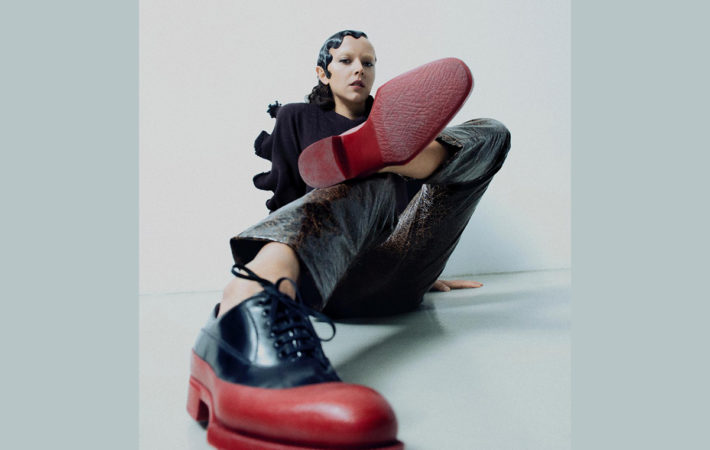 “Game Change” is the new thought-provoking new single by Polish superstar Brodka, complete with a stylish music video. The song and the visuals are incredibly good and so relevant that we don’t want to miss out on featuring “Game Change.” Behind the moniker Brodka is Monika Maria Brodka, who came to fame as the winner of the third season of Polish Pop Idol in 2004. Since then Brodka released three studio albums, plus several EPs and live albums. With “Game Change” Brodka not only delivers an irresistible track, sung by her signature enticing vocals, but tells a fictional story that addresses problems rooted in reality. She tackles gender roles in society, in particular the ones in her home country Poland, where reproductive rights are being rolled back by lawmakers.

We all encounter problems when we do not conform to accepted norms. While making the video for Game Change, I was inspired by the story of the Albanian Sworn Virgins. Women who, by taking a vow of chastity, take on a male role in society while gaining all the privileges associated with being a man. They are treated as men but can keep their feminine names.

Brodka directed the video together with co-director Przemek Dzienis and says about the video’s content:

In the Brutalist city of “Brut” lives a woman who, after the death of her husband, takes over his role. The only attribute left of her femininity is a corset. As she goes about her mundane business, she encounters other male-impersonators trying to find themselves in a clearly defined, systemic male/female reality. They communicate through dance and strange tics, creating a unique gang. Together they watch a film about a hyper-feminized super-woman. Do we really need a dress and all that packaging to be feminine in people’s eyes?

Drawing comparisons with her home country, she explains further:

“This story, although abstract, is relevant to the current situation of women in Poland. Sadly, you don’t have to be a Sworn Virgin to have your rights decided by men in the 21st century.”

Today’s Song Pick of the Day comes with a fantastic music video, visualizing the song’s message and intent. Check it out now:

Connect with Brodka on Facebook, Twitter, and Instagram and add “Game Change” to your playlist as we are adding it to our glamglarepick playlist on Spotify: