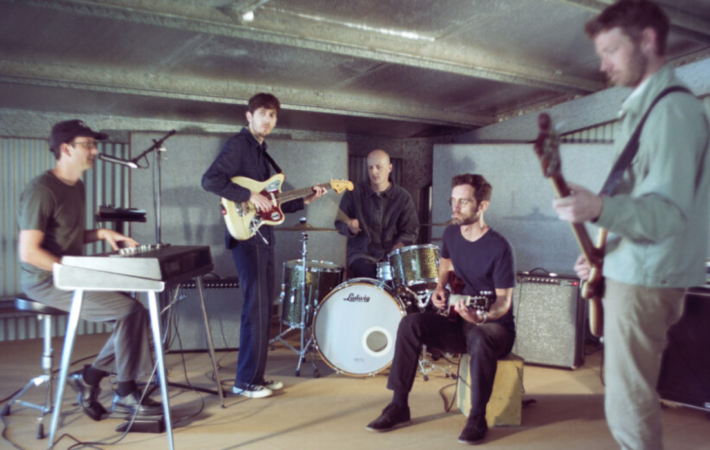 While “Second Home”, the new single by Australian five-piece Mt. Mountain starts already very intriguing but it only gets better and more mesmerizing the further it progresses. The relentlessly driving beat and the swirling guitars, mix and mash and intensify in a guitar lover’s dream. What a fantastic build! “Second Home” marks another cut from the band’s upcoming album “Centre” which at its core deals with ‘faith’ on a spiritual but also secular level. Frontman Stephen Bailey says:

The album for me, lyrically, is mostly about my experience of religion. It explores these concepts and the rules that were told to me from childhood to adulthood and my thoughts on my own connection to them. Similar themes arise between the tracks whether it be lyrically or structural, both a play on repetition and simplicity. ‘Second Home’ is a play on the idea of the afterlife: our second home not being heaven or hell but here on earth.

Listen to “Second Home,” our Song Pick of the Day:

Connect with Mt. Mountain on Facebook, Twitter, and Instagram and add “Second Home” to your playlist as we are adding it to our glamglarepick playlist on Spotify: