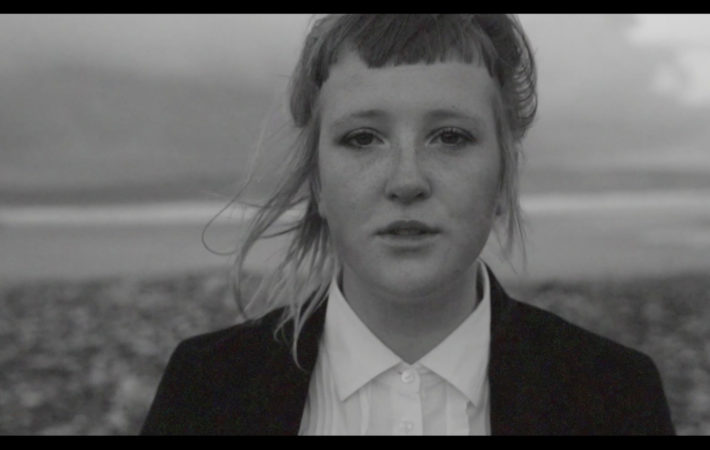 Not having made music for 20 years, Simon Raymonde (Cocteau Twins) and Richie Thomas (Dif Juz) re-discovered the joy and maybe also need to create music and came together as Lost Horizons, releasing their debut album “Ojalá” in 2017. Now, they are about to release their follow-up album, called “In Quiet Moments,” on which they enlist an impressive list of vocalists. One of these featured artists is Penelope Isles’ Lily Wolters aka KookieLou.

The irresistible “Heart Of A Hummingbird” marks the last single before the album drops, and is accompanied by an intimate, touching, and utterly gorgeous music video, shot by Lily’s brother Jack Wolter.

Lost Horizons recall how the track and the collaboration came together and say:

In 2018 we toured the UK with Penelope Isles opening up for us every night, and it was one of the most brilliant times I’ve had on tour. It reminded me of the Cocteau Twins / Dif Juz tour of 1984. The friendships spawned and the love and respect that our bands showed to each other throughout was really special. There were 7 of us in the Lost Horizons live band and every one of us watched Penelope Isles each night, usually in awe. They did the same with us (probably without the in awe part) and to have such a brilliant support pushes you each night, in the best possible way. I knew from watching Jack (who sings on the first track on the lp ‘Halcyon’) and Lily so closely for so long, that I couldn’t think of two better people to be on this Lost Horizons lp. They were the first people I asked. Lily is a brilliant songwriter and I knew she would be a perfect collaborator for us! She seemed to have her ideas done so quickly after I sent her the music, and Jack recorded her soon after in our studio in Brighton, and I clearly remember opening the email when they sent the track to me, I literally blasted it in my studio so loud about 25 times and was in tears hearing what she’d done. I am very excited by what I am hearing of her KookieLou solo project. After I had written and recorded the basic tune with all the keys, basses and Richie had added the live drums, Paul Gregory (Lanterns On The Lake) added the glorious spacey guitars that take the track to its crescendo.

It was a real honour to be asked to collaborate with these two legends. I have a lot of love for both Simon and Richie. I wrote these words in a pretty testing time. Loving someone is a real trip isn’t it? The meanings of the lyrics twist and turn between uncertainty and really just not wanting to let go of someone. When those beautiful new chords come in just after halfway through the song, I felt a release. I think that’s where the words travel from a place of confusion and heartache, to a place of pure honesty, acceptance and love. I want to thank Simon and Richie for making that happen at that point, encouraging me to see the glass half full at a time where it felt pretty empty.

And just like that, we are able to not only enjoy a brilliant video and a beautiful song but we also learned that there will be a solo project, hence the new (?) artist name. A lot to look forward to, including Lost Horizon’s upcoming album, out via Bella Union, of course.

Listen to “Heart Of A Hummingbird,” our Song Pick of the Day, and indulge in the video:

Connect with Lost Horizons on Facebook, Twitter, and Instagram and add “Heart Of A Hummingbird” to your playlist as we are adding it to our glamglarepick playlist on Spotify: