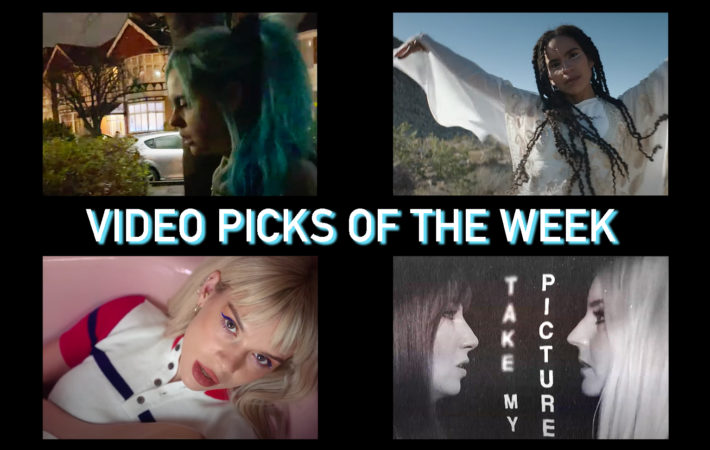 London-based singer/songwriter Kings Elliot’s latest song was already featured as our Song Pick of the Day, but her new video demands a separate mention. The artist filmed it herself as a beautiful visualization of the emotions in the song. Before you watch, Kings Elliot has a bit of a warning for you:

“I filmed this video outside my house on my phone and had to spread the filming across several days, because it made me feel so dizzy! It took me 3 days to be able to look at the footage without feeling sick and I spent about 30 hours editing it on an ever-crashing laptop… so overall, it was a wonderful experience!!! haha – I hope you love it as much as I do! ❤️
p.s. it may make you a little dizzy but i wanted to capture the uncertainty I felt when writing this song x”

KUU – We’ll Always Have This Dance

Electronic trio KUU released a fascinating video to their captivating single “We’ll Always Have This Dance,” shot in the idyllic, sun-drenched Joshua Tree desert in California.  Singer, dancer, and activist Shungudzo performs the track and brings the spirit and the magnetism of the song beautifully to life.

British artist Pixey released the stimulating “Electric Dream” together with a fun and joyful video, announcing her upcoming debut EP “Free To Live In Colour.” The album is scheduled for March 24th on Chess Club Records. The singer and multi-instrumentalist wrote, recorded, and produced the album in her bedroom in Liverpool, with some additional production added by James Dring (frequent Gorillaz and Jamie T collaborator).

Pixey says about her EP:

I wanted a collection of tracks which gave a quick snapshot into me and my brain – where I’m from, where I want to be and what I’m thinking about. I hope people can take something meaningful from it or simply have a dance.

Wyndow is a new project by Lavinia Blackwall and Laura J Martin. The video for their debut single has a mysterious, outer-worldly vibe as it blends quaint photographies with colorful graphics. If you want to let your imagination loose: the video shows Lavinia and Laura “moving through crystal eruptions and the ruins of the past.”