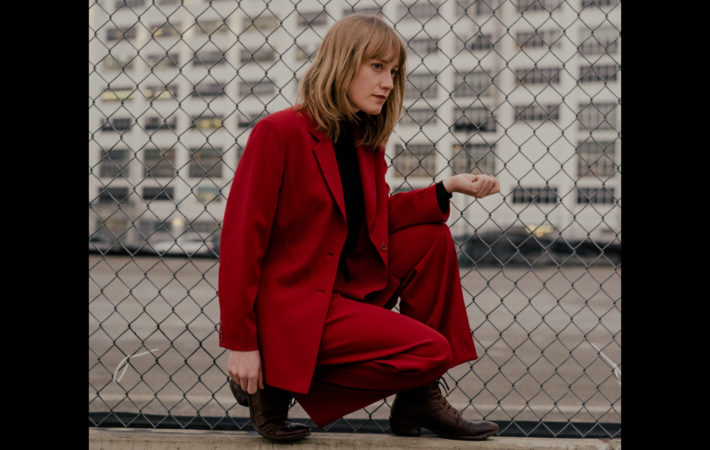 The Weather Station is the musical project of Canadian singer/songwriter and actress Tamara Lindeman. Her new album “Ignorance” with the previously released fantastic singles “Robber,” “Atlantic,” and “Tried To Tell You” drops tomorrow on Fat Possum. We had The Weather Station and the album on our radar already, thanks to magnificent “Atlantic”, song and video. “Ignorance” might very well be the most anticipated album tomorrow!

While the sweet and mellow song is mesmerizing in itself, with Lindeman’s magnificent vocals effortlessly floating from deep to high and back again, the subject matter resonates with me on a different level too. As someone who pays special attention to urban wildlife, in particular birds, the metaphor rings true. Lindeman provides more insight to “Parking Lot” and explains:

“Parking Lot” is my strange gentle disco song about a humble encounter with a bird and being tired and being in love, and being heartbroken in ways I didn’t quite yet understand. I don’t fully know how everything connects in this song other than it obviously does.  I wanted to make the recording very passionate and beautiful while also being very muscular while also being very gentle, and so I did.

The juxtaposition is evident and the push and pull coming beautifully together.

In our January feature, we had listed a live stream concert by The Weather Statio for February, yet the full band performance needed to get rescheduled to March 11th. The band will play “Ignorance” in its entirety, tickets for the livestream are available here. Something to mark our calendars and look forward to!

Listen to “Parking Lot”, our Song Pick of the Day:

Watch the video to “Parking Lot,” directed by Tamara Lindeman and Adam Crosby:

Connect with The Weather Station on Facebook, Twitter, and Instagram and add “Parking Lot” to your playlist as we are adding it to our glamglarepick playlist on Spotify: