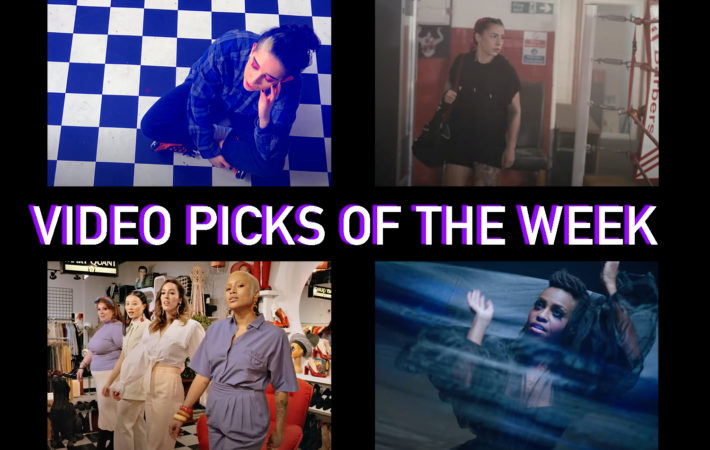 The latest song “Before” by English shoegazer Jess Webberly aka Graywave has received a simple but effective video treatment that amplifies the already scorching intensity of the song. Jess will release an EP this spring. Check out also our Q&A with her.
Watch the video now:

Ahead of her upcoming album “Choices,” due for release on February 26th, British singer/songwriter Lucy Spraggan releases “Animal” together with a fierce and powerful music video. The shots are as atmospheric as they are wild, and the story while maybe told many times, is fascinating to watch as “Animal” is such a great song!

Undoubtedly the four actors in the “At Ease” video had a lot of fun filming this stylish clip in some sort of hip boutique. So much fun that they eventually break the fourth wall and go completely nuts. This is no coincidence as Canadian singer/songwriter Marie-Clo explains:

“Let’s allow ourselves to act authentically, recalling that childlike instinct that jumped in lakes, walked around barefaced, talked about sexuality without shame, wore the crazy outfit and left when they felt unappreciated.”

Morcheeba release “Blackest Blue,” the first single from their upcoming studio album “Blackest Blue,” due May 14thm 2021. This release comes with a beautiful visual bang, because the music video, directed by Martin J Pickering, is nothing short but stunning. It plays not only plays with the different shades of blue but captures the different possible sounds perfectly, while Morcheeba provide their signature sound: smooth, earthy, yet also a bit surreal and oh-so-irresistible.