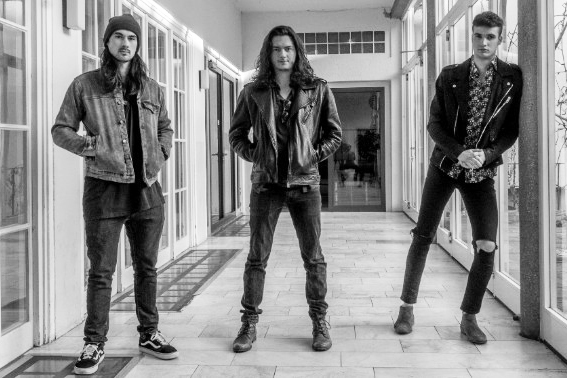 The first week of January does not see a lot of new music or music videos for that matter. And while our editorial calendar is usually booked for a couple of weeks in advance, I found myself browsing through my emails and new releases, hoping to find a newly released song, that I truly liked and would want to write about. Nothing! Then I stumbled across THE MOOD, who got me at “Munich.” Sure enough, I want to know how an indie-rock three-piece from my former hometown sounds like. THE MOOD aka Ludwig Vogl, Emanuel Anwander, and Matthias Meiershofer released not just one but two equally appealing songs yesterday. We listened to both, “You Got It” and “Loverboy” but ultimately liked “Loverboy” better thanks to its irresistibly sensual and positive vibe, and lines like “the place of our love is between our hips and not between our hearts.”

Great balance of synths meets heavy beats and raspy-warm vocals.  The song’s title makes me of course also think of the iconic dance scene in Dirty Dancing but if they had something like that in mind, I did not have the time (yet?) to ask THE MOOD.

Listen to “Loverboy”, our Song Pick of the Day:

Connect with THE MOOD on Twitter and Instagram, and add “Loverboy” to your playlist as we are adding it to our glamglarepick playlist on Spotify: