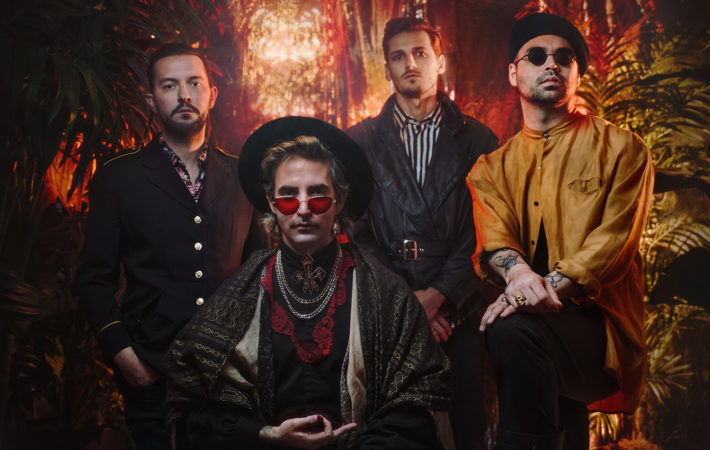 With their new single “Confetti”, The Makeout Club releases an instant classic full of beauty and hope. We could not be happier to exclusively premiere the gorgeous track. The Makeout Club is the brainchild of New York composer, Robert Granata, accompanied by Daniel Deitz, Jacob Read-Harber, and Jon Murphy. Together, they create lush soundscapes that take you on an adventure through space and time. With the intention to give their new single a meaningful release date, they decided on the first day of the new year but why?

We asked Robert about the backstory to “Confetti” and he says:

About three years ago, our friend Dan started working on the demo that would eventually become “Confetti.” Unfortunately he passed away before he could complete it, so we pulled out a part of what he had been working on and created a song around it. It has since become a tribute to everyone we’ve lost, including the Makeout Club’s drummer, Jake Read-Harbor. It was the last track we finished together. A bittersweet farewell.

Bittersweet indeed, yet at the same time a stunning testament to life and valuing the arts and above all friendship. Lost but never forgotten!

Listening to the track, you can hear background vocals sung by Dia Luna and you will also notice a saxophone solo which sounds familiar in its exquisite tone and touching vibe. The saxophone is played by no other than Stuart Matthewman who lend all of Sade’s hit albums his craft. With glamglare, our paths have crossed with the legendary musician before and we believe that a year that starts with a song as splendid as “Confetti” is already off to a good start.

And so we are super excited to present The Makeout Club’s new single “Confetti” as our Song Pick of the Day. Enjoy now:

Connect with The Makeout Club on Facebook, Bandcamp, and Instagram. “Confetti” will be released on all platforms on January 8th, that’s when you can add the track to your playlist as we are adding it to our glamglarepick playlist on Spotify too: