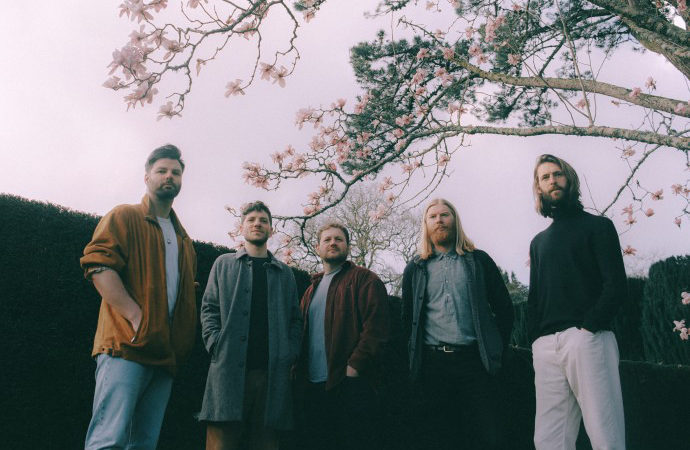 “Another State” by English indie-rock quintet Tourists, is a hazy, dreamy, and utterly beautiful song. It is taken from their debut album bearing the same title. The single comes also with a music video, that picks up the nostalgic vibe, about which the band says:

With the video, we wanted to give people a glimpse into our world down here in Torquay….Living here has played a big part in who we have become as people but also as a band. We have always felt like we’re in our own bubble here, cut-off from everyone else, like we’re doing our own thing musically, which has contributed hugely to our sound and our individuality which I feel is everything. So this video was our little nod to Torquay.

But wherever is Torquay? A quick Google search revealed a little seaside town in Devon, England somewhere between Plymouth and Exeter. It looks absolutely lovely and I would love to visit. Now. Luckily, we have the music video to escape there for a little while. Listening to the album, I get quite an early 80s vibe, “Another State” notwithstanding. There are darker nuances on the album and the five-piece comments on “Another State” as follows:

It’s about drifting off to another state of mind, the highs and lows, paranoia it can lead to in a relationship for example. But ultimately the importance it has for your wellbeing to experience it and disconnect with the world for brief blissful moments.

Listen to “Another State”, our Song Pick of the Day:

Connect with Tourists on Facebook, Twitter, and Instagram and add “Another State” to your playlist as we are adding it to our glamglarepick playlist on Spotify:

Check out the album on Spotify or Apple Music.