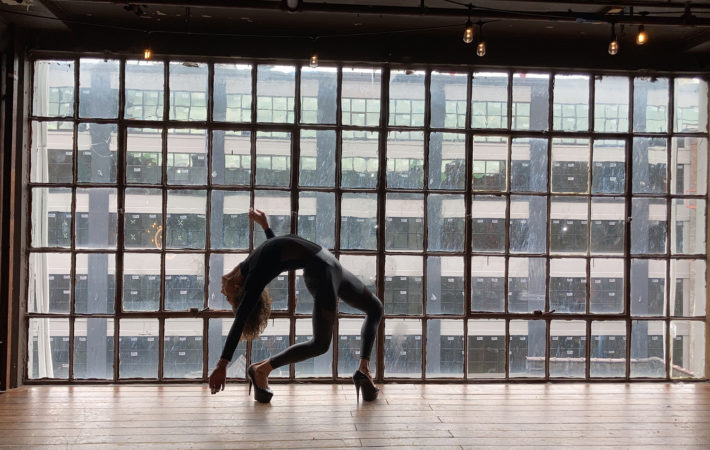 Some artists were severely struggling to create anything during the challenging and strange year that 2020 was. Others managed to blend out the constant noise and distractions, pursuing their art. While Jacque Ryal of New York-based alternative synth-pop duo RYAL had her very own scarry COVID experience, she and her collaborating partner Aaron Nevezie came up with a flurry of new songs and videos, of which we could premiere Closure. The most recent single is “Thunder (Solo On The Dancefloor)”, and Jacque even filmed the accompanying music clip herself.

She says about “Thunder (Solo On The Dancefloor)”:

Both the song and music video are in memory and dedication to my college roommate who died from COVID this summer. As I was recovering I heard he passed. He was a drag Queen in the late 90s / early 2000s hence what inspired the music video. I shot and directed it and it stars my friend, actor, and performer Sam Given.

The song itself and also the music video are compellingly magnificent! Starring in the clip is Sam Given, who also choreographed his dance performance, and adds:

Dancing to this music on film transported me to a place I hadn’t considered: a community where I can fight for the creatives I believe in and stand up for goodness. I was just expecting to dance and make pretty shapes with a good friend, but what came out was anger, sadness, trauma, clearing my heart and allowing hope and magic to take root.

Watch the video now and get taken someplace else for a little while with our Song Pick of the Day: