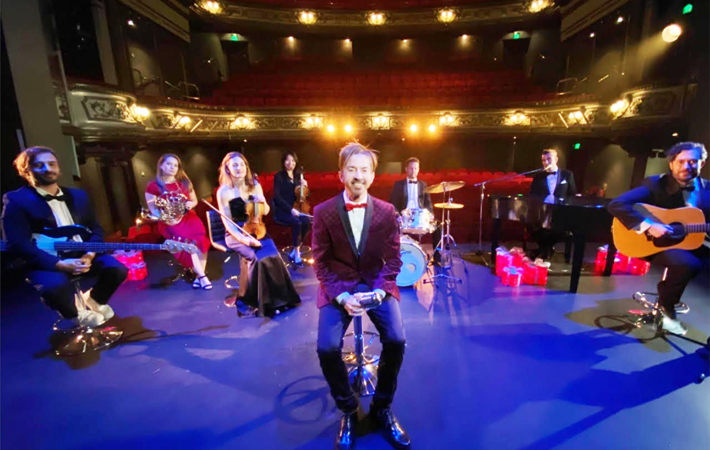 “One Wish For Christmas” by Limahl landed in my inbox already before Thanksgiving and instantly knew that I would want to feature the track because as a true teenager of the 80s, who can say ‘no’ to one of England’s hottest pop-stars? Yes, Limahl, the former lead singer of new wave stars Kajagoogoo? Since today is Christmas Eve, Limahl’s cozy and catchy new single could not be more timely.

Originally released in 2012 with the title “London for Christmas”, Limahl says about his new version:

I was very happy with the song and as usual was planning to re-release it as is. However, this year during COVID, I was thinking about the lyrics and how they’ll have more value/poignancy because they talk about the many things we’re all unable to do, such as travel/tourism, romantic hotel/city break, cocktail bar, theatre, etc. With all the extra time in lockdown to be creative and as it’s been eight years since we first wrote it, we decided to revisit the production.

I love Christmas and some of the great holiday songs like ‘Have Yourself A Merry Little Christmas’ and ‘The Christmas Song (Chestnuts Roasting On an Open Fire)’.

We wish you Happy Holidays with “One Wish For Christmas,” our Song Pick of the Day. Check out the gorgeous video directed by The Bashford Twins and filmed in Watford, England’s historic Palace Theatre, built-in 1908:

Connect with Limahl on Facebook, Twitter, and Instagram and add “One Wish For Christmas” to your playlist as we are adding it to our glamglarepick playlist on Spotify: