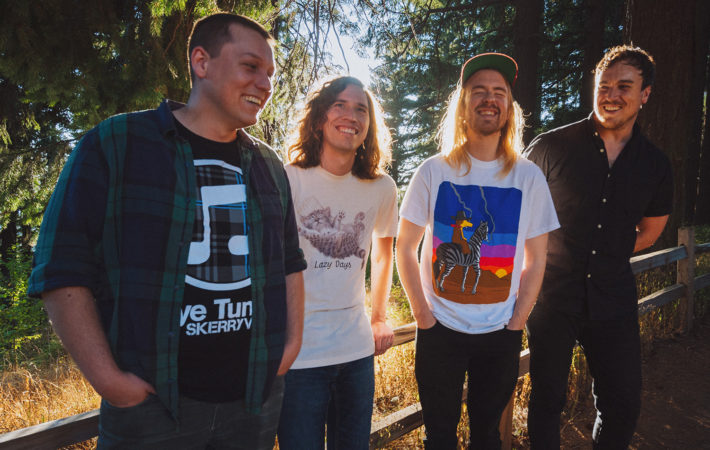 At home in Portland, OR, indie-rock quartet Rare Monk is gearing up to release their new album “Never Really Over” in early 2021. As fans of their previous record “A Future”, which made it into my favorite albums of 2017, I was eager to hear what they might sound like now. And while I haven’t listened to the entire album yet, I would say Rare Monk took on much darker tones. A sign of the times?

Lead singer Dorian Aites muses about the future as follows:

Hope is definitely not lost, it’s just become more difficult. We’ll get through and hope the songs help.

Music made with purpose and heart always helps! We are very much looking forward to listening to “Never Really Over” and are digging the beautifully guitar-laden “Statistic Vandals”. We get quite the early 2000s Radiohead vibe here, thanks to the sophisticated drumming and exquisite song structure.

The band says about “Statistic Vandals”:

Data collection, aggregation, and application to ad targeting/warrantless surveillance meets a new foe – a madman who intentionally googles things with no purchase intent whatsoever, who follows, then unfollows without cause, who encourage opsec for the fuck of it. Destroyer of datasets, forcer of manual outlyer removal, analysts shake their fists in fury before existing no more.