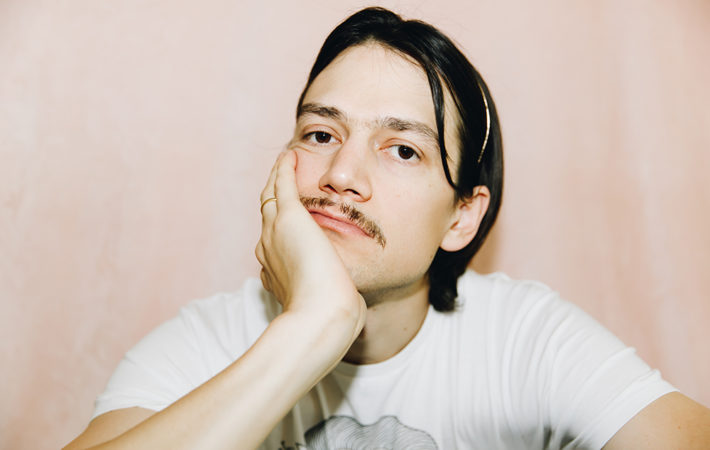 Today, Long Tall Jefferson released a superb video to the third track of the album he dropped recently. The music video to “(I’m in Love with an) Astronaut” directed by Maximilian Speidel, is utterly charming with its mix of different visual styles, just like the song itself. Behind the moniker Long Tall Jefferson is the songwriter, singer, and musician Simon Borer. Based in Switzerland, he founded the indie label Red Brick Chapel in 2011. For his album “Cloud Folk”, Borer enlisted the help of producer Domi Chansorn and says:

I found myself a producer to challenge me and help make my blurry vision more tangible.

After an intense time of steady collaboration, the album was created in autumn 2019. However, in early 2020, Borer realized they had only produced a beta version of what he envisioned. He explains:

I took over, reworked the album, re-recorded some songs from scratch, changing individual beats and sounds. I learned a lot and finally reached the right point.

We agree with Borer that he has reached the “right point,” because the single is crazy catchy and the accompanying video is highly entertaining. They make for the perfect teaser to dig further and listen to all songs on “Cloud Folk.”

Listen to “(I’m in Love with an) Astronaut”, our Song Pick of the Day:

Connect with Long Tall Jefferson on Facebook, Twitter, and Instagram and add “(I’m in Love with an) Astronaut” to your playlist as we are adding it to our glamglarepick playlist on Spotify and listen to the entire album: