VIDEO PICKS OF THE WEEK: C’Est Karma, Do Nothing, HYYTS, Saint Sister 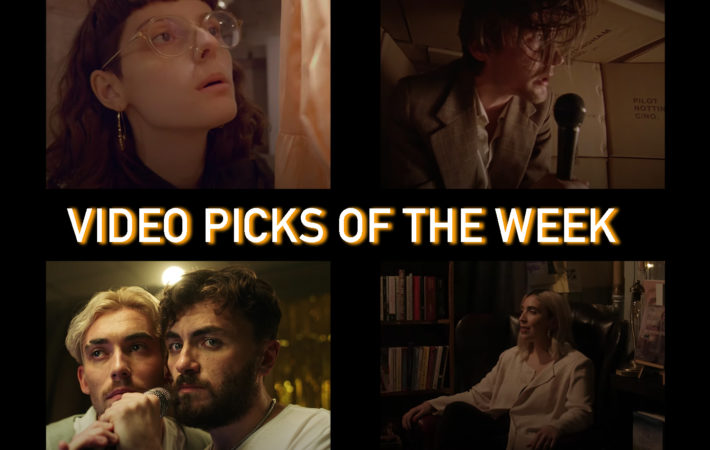 VIDEO PICKS OF THE WEEK: C’Est Karma, Do Nothing, HYYTS, Saint Sister

Luxembourg singer and producer C’Est Karma creates intricate synth pop pieces and you would imagine her hunched over her gear most of the time. But in “Industrial Salt” she twirls and dances through some sort of art installation and shows off the emotionality that makes her songs so riveting.

Nottingham’s indie-rock band Do Nothing released the Citizen Kane-influenced video “Glueland”, which is as edgy as it is fascinating. Lead vocalist and guitarist Chris Bailey says about the song and its video:

The song refers to the feeling of being stuck in some kind of weird limbo-land. It’s about how rather than being dictated by wild or dramatic decisions, a lot of things (both good and bad) are controlled by this sort of lame jockeying that happens right in the grey dull middle ground of everything. That being said, it’s a fun song and we hope you like it.

Yes, we do love it! Watch the video now:

We wrote this song about mental health and specifically the stigma amongst men that comes attached to reaching out to other men for help. As two best friends it was something that meant a lot to us as we’ve both had times when we’ve had to reach out and rely on the other to get through things :). The idea of the video is to show that it’s good to let yourself go and shake off all your British repression! Sharing is awkward and nervous at first but almost always you’ll find the other person connects with what you’re saying and you can both have a laugh or a dance or a cry or all three and be much better off for it. Because it’s so personal we really wanted this video to be special and we just can’t believe how well it’s turned out, the directors Pip+Lib are just the best people and really made a piece of art that we’ll be proud to be a part of forever!
PS we do believe in the Loch Ness monster.

Saint Sister – The Place That I Work

The holidays come with many moody movies, but you don’t need to spend the time to watch a full feature to feel the spirit. Dublin duo Saint Sister with the help of Lisa Hannigan do this in just over four minutes in their new video “The Place That I Work.” The song recalls an episode in the life of songwriter Morgan MacIntyre:

I wrote this song while I was working as a Christmas temp in Dublin’s oldest book shop, Hodges Figgis. One day a friend, who I hadn’t seen since we had a misunderstanding, came in and caught me completely off guard. I was, all at once, angry that we hadn’t talked for months and that they had chosen now, to come to where I worked to make peace, but also undeniably relieved and happy to see them, to know we were still friends.