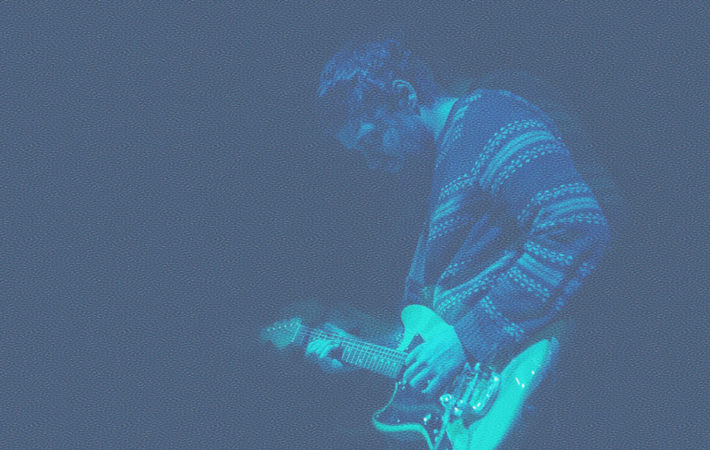 While we are heading into the last month of the year, we tend to reflect on what has happened over the past eleven months. Despite all the bad and truly horrifying, that has been going on in 2020, one common notion has come up in media of all sorts:  the importance and meaning of human connections. Many have reconnected with lost friends or old acquaintances and so I instantly was curious when Andrea Caccese contacted me. We had featured Lillet Blanc, the Brooklyn-based band Andrea played bass with on glamglare before, and also had them perform at two of our shows.

With Lilet Blanc sadly been disbanded a while ago, Andrea is back with his own project Dead Rituals. Their latest single features the vocals of Brita Penfold, who also happens to be married to the band’s frontman.

The Italy-born, and Brooklyn and Naples-based songwriter, singer, and multi-instrumentalist muses about “Broken Memories”

Broken Memories started from an idea I had back in 2016. As a guitarist, I had been writing music starting mainly from the guitar parts. This time I wanted to start with a drum pattern instead. At around the same time, my wife Brita and I were toying with the idea of making some music together, so I gave her what was initially the bridge section of the song, and told her to come up with whatever she wanted, no rules! I ended up loving her vocals, so much that her part turned into a completely new part of the song. In the end, the track has a bit of a progressive feel, with “my” part going for an angsty vibe, Brita’s part being more dreamy and melodic, and a more ethereal instrumental coda. I love this song and hope you do too!

Of course, we do! “Broken Memories” delights with its highly compelling flow, its edgy surreal middle-part, and the always present gorgeous guitar sounds. Add contrasting vocals, like the ones of Andrea deep and earthy, and Brita’s bright and airy, and there you have it, a track to enjoy on repeat. Beautiful!

Listen to “Broken Memories,” our Song Pick of the Day:

Check out the video:

Connect with Dead Rituals on Facebook, Twitter, and Instagram and add “Broken Memories” to your playlist as we are adding it to our glamglarepick playlist on Spotify: