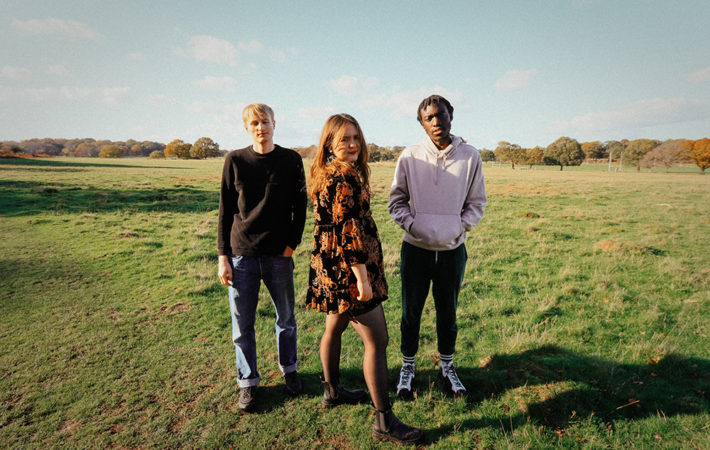 With the utterly gorgeous “Bedroom Years,” London trio Jessi Mac released a second single to announce their debut EP “Border Lines,” out on February 4th, 2020. The track’s flow is as irresistibly beautiful as it is soothing and mesmerizing, with Jessi Mcdonald’s warm vocals taking center stage.

“Bedroom Years” is sodden with my existential feelings of insignificance. I think when you are in suspense of becoming an adult, the cold realities of the real world can be pretty overwhelming.

Jessi Mac is comprised of singer/songwriter Jessi Mcdonald, keyboardist Lorenz Okello, and guitarist Daniel Rogerson. Jessi and Daniel met when they were only sixteen years old and still at school. The initial idea was for Daniel to produce Jessi’s solo project, yet their combined influences, ranging from Radiohead to The Beatles and Joni Mitchell, made them want to form a band and work collaboratively in creating music.

The band says about their upcoming EP:

We have been working on this project for a while – it’s our farewell letter to our angst filled teenage years. It doesn’t necessarily stick to any style or formula, and collaborations with other instrumentalists have transformed the songs from when we first wrote them. On paper we would seem a little mismatched but – without sounding cliché – it’s our differences that have developed our sound and ultimately made this project so exciting for us.

Listen to “Bedroom Years”, our Song Pick of the Day:

Connect with Jessi Mac on Facebook and Instagram and add “Bedroom Years” to your playlist as we are adding it to our glamglarepick playlist on Spotify: