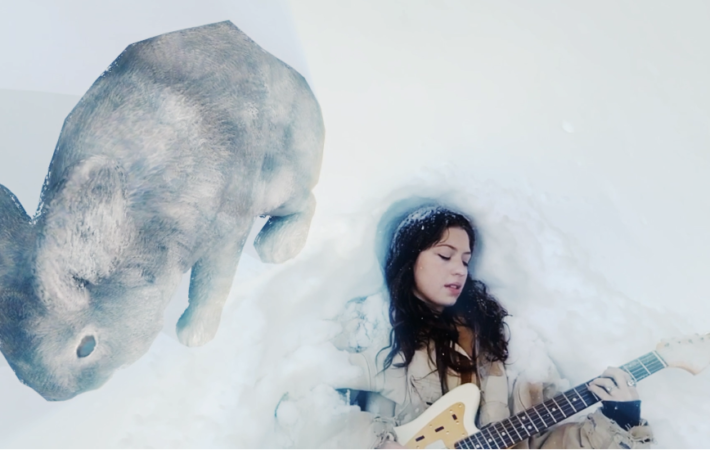 Alaska Reid is a singer, songwriter and guitarist originally from Montana and now residing in Los Angeles. After playing in the band Alyeska she is now recording music under her own name. Her latest release is “Big Bunny,” an infectious track with a fuzzy guitar over electronic beats, which reflects on a fantasy from Alaska’s past. She recalls:

When I was younger I wanted a bunny so bad that I would chase after wild rabbits, trying to catch them. I was obsessed and convinced myself that if I could just catch one that I would have this magical connection with it like Lyra and her daemon in ‘The Golden Compass.’ We filmed it during a freak snow storm a few weeks ago. Trust me, the snow was real — it was hard to play guitar in a blizzard in 12 degrees.

“Big Bunny” is the title cut of Alaska’s excellent upcoming 9-track EP, out December 11 on Terrible Records. Watch the video for our Song Pick of the Day here:

Listen to the song on all streaming services or on Bandcamp below: