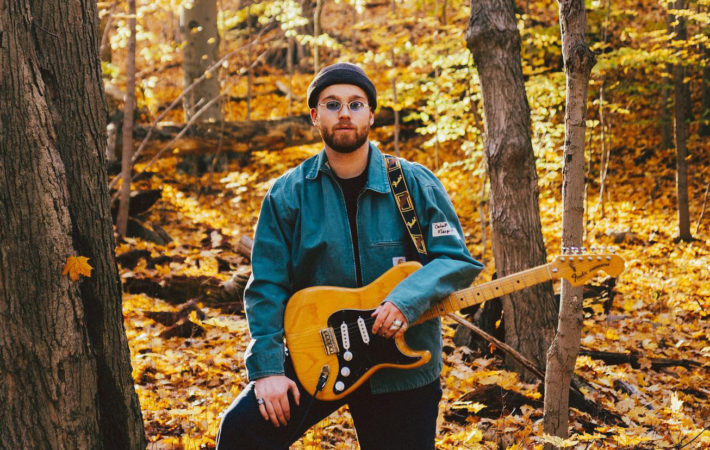 Toronto-based singer/songwriter Dawson Gamble just released “What You Don’t Know”, his most personal and maybe also ambitious single to date. The track swirls and builds, with an infectious catchiness, and I get quite the Panic! At The Disco vibe, aka the appeal of Brendon Uri’s vocals.

Dawson is not only a fantastic vocalist and great guitar player but he also shows a skilled hand with words. As typical for artists who write their own songs, the lyrics for “What You Don’t Know” come from a deeply personal place. Dawson explains:

What You Don’t Know” is the ghost of an old relationship, and that lyric is as true as the sky is blue. Breaking down the line a little more, when I found music and songwriting it was a breathless feeling; I was completely immersed in the idea of writing stories and sharing them through song, it was as though I found a new God.

This lifestyle I began to pursue was not conducive to the relationship I was in at the time, which unhinged a string of problems. The lyrics are contradicting throughout the whole piece. “What You Don’t Know” is that I’ll do anything to stay in this relationship, although I recognize it’s bad for me. This is one of my favourite songs I’ve written to this day, highlighting the mistakes I’ve made in changing myself and my life, to fit somebody else’s vision of who I should be.

Listen to “What You Don’t Know”, our Song Pick of the Day:

Connect with Dawson Gamble on Facebook, Twitter, and Instagram and add “What You Don’t Know” to your playlist as we are adding it to our glamglarepick playlist on Spotify: