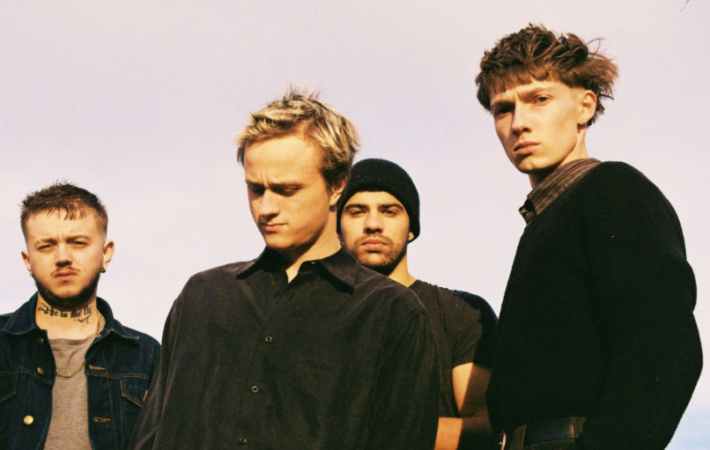 While this year has been taxing and unpleasant in many different ways, we can, fortunately, enjoy lots of great new music. The fantastic debut album “The Four Five Three” by London and Bristol-based quartet The Jacques is the latest example. Asked about the record’s title, frontman Finn O’Brien explains:

“The 435 is a long and very useful London bus route which stretches from Marylebone to Deptford High Street. The album title is taken from a quote by Will Hicks, who had planned to get a ‘453’ tattoo because if the 453 can go anywhere, then so can I. He lives on in the album for us and it is dedicated to his memory.”

Turns out, 2019 has been challenging for The Jacques as well, when they lost their bandmate, the bass player Will Hicks. Dealing with grief and the aftermath of loss, this dedication is a meaningful way to keep the memory of the time together alive. Well done!

The album itself showcases a mix of different styles and tones, ranging from jangly indie rock over snotty punk to sweet pop even. All tracks are held together by Finn’s vocals that are simultaneously slightly irritating and enchanting, resulting in an irresistible allure.

“Almost everyone I knew was ex-private school and living in New Cross was like living in a fish tank, it just felt like everyone could see you and was watching you all the time. ‘The Ugliest Look’ is typical Jacques – it’s punky and the rhythm is jagged but has its euphoric twinkly pop moment complete with trumpets and then goes off somewhere slightly confusing and never comes back. The song is about the social pressures of the art school environment.”

It is precisely this “twinkly pop moment” that lures us listeners in and makes us craving for more. Listen to “The Ugliest Look,” our Song Pick of the Day, and check out the entire album too:

Connect with The Jacques on Facebook, Twitter, and Instagram and add “The Ugliest Look” to your playlist as we are adding it to our glamglarepick playlist on Spotify:

Listen to “The Four Five Three” on Spotify or iTunes, released via Modern Sky.