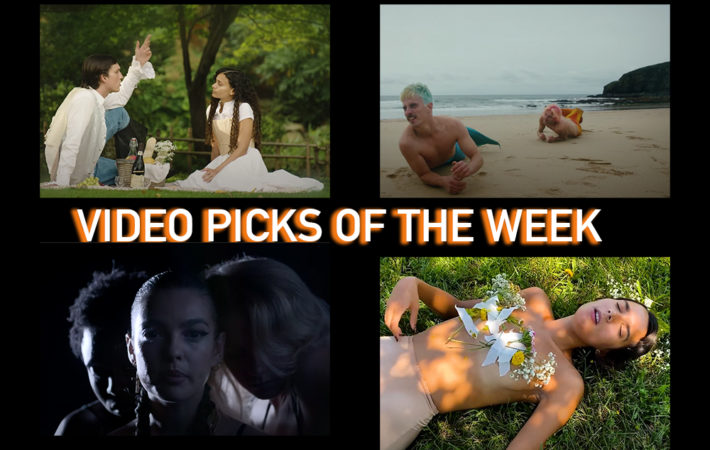 Erika de Casier – No Butterfly, No Nothing

With summer having come to a firm end, at least in New York and other parts of the Northern hemisphere, a beautifully delightful music video like “No Butterfly is no Nothing” could not be more welcomed. This is the debut by Erika de Cassier who was born in Portugal but grew up in Denmark and recently signed with 4AD, where she makes for a splendid addition to a remarkable roster.

The songwriter, producer, and singer says about her debut single:

“It’s about wanting to fall in love with someone, but the butterflies are just not coming,” de Casier explains.

She also took the directing matters into her own hands and says:

“I wanted to create a sort of “perfect” realm where the underlying drama is what cracks the picture. When I was a kid, I used to hurry home from school so I could watch Days of Our Lives and I really think it’s funny how soap operas depict characters’ lives in such an openly overdramatic and unrealistic way – it’s all about the drama. I was also inspired by romantic period films like Pride & Prejudice and Sense & Sensibility, so to mix the two aesthetics with my own was really interesting.”

Mai Kino is a London via Lisbon artist who released her debut EP “Dopamine” this summer. Now the title track is treated with a video by director Marie Sutter. Mai Kino explains about the visuals:

The weather inside, so hard to explain, run like an animal in flames’ – sometimes your world is on fire and you need a way out. This video is an exploration of that

This was love at first sight! From the first moment, the new, surreal music video by British songwriter, singer, and multi-instrumentalist Mellah (née Liam Ramsden) starts I felt superbly entertained and a smile wanted to take roots in my face. I am not getting enough of this highly creative and imaginative clip.
Mellah self-directed this utterly brilliant music video with the help and co-appearances of his friends like including Lianne La Havas, Alaskalaska’s Lucinda Duarte-Holman, Tiña’s Josh Loftin, and Barnaby Keen. Mellah says about his newest work:

“‘Hitchin’ is about relinquishing control. Forever pining and searching and digging for contentment, meaning and joy when in reality it’s in your back pocket, all you need to do is stop looking for it to notice the free ride. The video is the best way I could think of to hammer that point home. It’s a reminder to let yourself be who you are. It’s so easy to compare yourself to others these days and you always come out second best. Contentment isn’t over there, it’s in here.”

When New York musician Vania appeared with a crown and flowers in some of the shots accompanying her release for “Wonder” we were hoping that she had some more visuals for us. And here we go: watch Vania pursuing a mysterious ritual in beautiful surroundings.