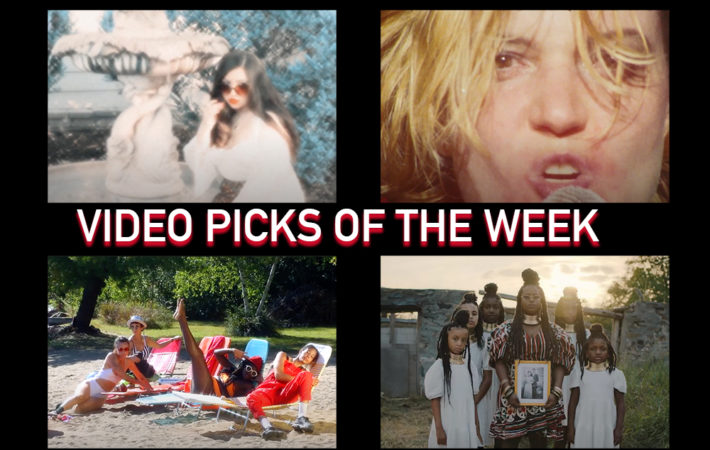 Andria Rose – get away

“Get Away” is an intense new song new Texas singer/songwriter Andria Rose. The video complements the music perfectly: follow Andria through a hazy world as she muses to escape from it all.
Watch the video now:

Like so many fellow New Yorkers, we also got under the spell of Gustaf, when we saw them at one of their first live shows and consequently a few more times. Dubbed “one of the hardest working bands in 2019” by Oh My Rockness, it is almost impossible to not have seen the band around vocalist Lydia Gammill, who says about their first single and video:

“This song is about having a false sense of entitlement. Someone who feels attacked or like they’re being pushed out of their own world and not getting the credit they deserve. Someone with a delusional sense of self whose anger and frustration is humorous like the superintendent in a college frat movie. The opening lines make it seem like the narrator is being criticized by someone else and their retaliation is like “you’ve got to be kidding me, you can’t say that about me! I invented water you punk!” …. sort of.”

Signed to Royal Mountain Records,  the track was produced by Chris Coady and it conveys some of the live show dynamic and Gustaf’s appeal, to hold us over until “live” is a possibility again!

Creative teamwork at its best! Directed by the four band members themselves, the video to “Hump The Beach” delivers an explosion of colors and exudes joy and Joie-de-Vivre. Kalbells‘ Kalmia Traver provides the following insight:

“We co-directed & created this video as a band and used emergent strategy (a philosophy explored by one of our heroes, writer Adrienne Maree Brown) to create the treatment. It was our first time being all in one place together since the beginning of COVID and being, dreaming & creating together was a healing explosion of joy. We have always loved styling ourselves and each other for photo shoots and live shows, and we knew we wanted a beach involved, and plenty of humping, and so the treatment emerged from there. During the making of this song and video we have been employing a technique we call the “radical love experiment” to communicate our desires and get to a better place where we all feel heard and held. The only rule of the experiment (so far – it’s an experiment!) is that we are each allowed to say how we feel and the other person/people must listen. So far so good!”

In “Tesfay” Toronto-based singer/songwriter Ayo Leilani aka Witch Prophet celebrates her forward-looking late grandfather who raised his daughters in Ethiopia to become independent educated women. The video translates his story into a beautiful and heartwarming dance.
Director: Leah Vlemmiks