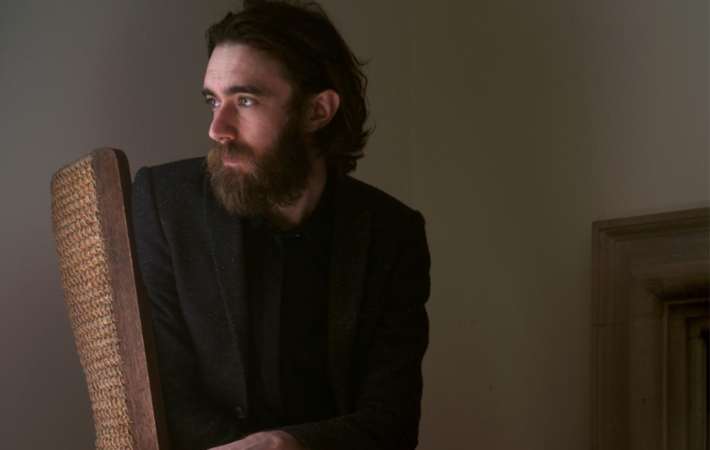 The utterly beautiful, quiet, and artfully arranged “Ambulance” is the lead single of Keaton Henson‘s new album “Monument.” The album’s opener is also characteristical for the eleven tracks as a whole, as Henson explains:

“”Ambulance” is an entertainer’s cry for help, mistaken for a pop song, and applauded instead of aided. Being an artist is a great honor, but sometimes it can feel like you’re having a seizure and being mistaken for dancing.”

The wistful song got a nostalgic video treatment that Henson directed himself. In the style of a 70s children’s tv show, something I very well remember, we see marionette puppets interacting with each other and reacting to what’s going on around them, and slowly falling apart…

The very private British singer/songwriter says about his new album:

“It is not, I hope, a dark mud-mire of a record about grief and loss, but one about how grief and loss color the rest of our lives, it is all the ups and downs of my past few years seen through a prism of losing people. For me the profound thing about dealing with someone’s death, is how much brighter it makes life seem in comparison. as though you have been staring at something so dark, and in such stark monochrome, that when you do look away everything else is suddenly in vivid color, and the hopes and joys of light are more apparent than ever. So it’s certainly not that this album doesn’t have its share of the dark stuff, but it has the light, the hope, as well.”

It is a gorgeous album, one that invites to just sit back and listen and indulge in a poet’s thoughts or to listen and relate. I know exactly what Henson means by the ups and downs of life, dealing with a loved one’s death, and desperately trying to find joy and beauty again.

Listen to our Song Pick of the Day, listen to the entire record, don’t miss the gorgeous “Career Day” and watch the video now:

Connect with Keaton Henson on Facebook and Instagram and add “Ambulance” to your playlist as we are adding it to our glamglarepick playlist on Spotify:

Listen to the entire album on Spotify, iTunes, or get yourself a copy here.