SONG PICK: Matu – Out of the Mist 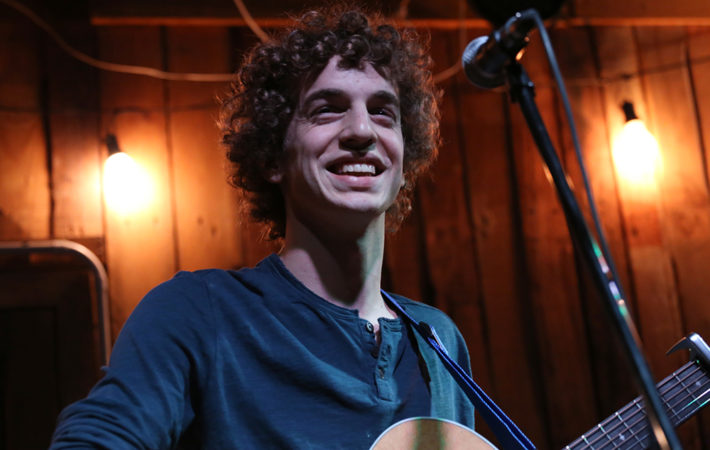 SONG PICK: Matu – Out of the Mist

Soft guitar strumming contrasts with alluring, powerful vocals until the wistful lead guitar glues it all together. These elements are the signature details of “Out of the Mist,” the new single by Matu, a singer/songwriter from Argentina. Born in the South of Argentina, Patagonia, and now living in Buenos Aires, Matu has just released the gorgeous “Out of the Mist”, which delights with its catchy feel and intensifying built.

Matu grew up playing guitar from a very young age on, and while his father introduced him to classic legends like The Beatles and Crosby, Stills, Nash & Young, Matu cites Ben Howard as his biggest inspiration. Matu told us that he left his hometown of San Martin de los Andes when he was 18 and after a short stint in trying out an engineering degree, he decided to give his knack for music try in earnest. Naturally, Matu started out writing lyrics in Spanish but felt too self-conscious and wasn’t really saying what he wanted to express. Once he started to write lyrics in English, he could open up and let himself be vulnerable and honest about his feelings. While his beautiful songwriting certainly would also work in Spanish, we appreciate his choice. In addition, Matu told us that he could hone his craft during a five-week summer program in Ireland via Berklee College, and says further:

“Another very important part of my life has been livestreaming which I started doing 2 years and a half ago on Twitch where I was able to grow a lot as an artist and performer. Now live streaming has become more relevant than ever because of the pandemic and it’s something that has helped me a lot during these uncertain times.”

So true, and what wonders music does, for those who practice it themselves, and for others to simply enjoy! “Out of the Mist” is the third single ahead of Matu’s still-untitled EP, which he co-produces together with Francisco Nicholson.

Asked about the essence of “Out of the Mist”, Matu says:

“The song talks about the struggle of overcoming my bad habits and how I end up falling back to them, also in a way how I feel a certain affinity towards them.”

Listen to “Out of the Mist,” our Song Pick of the Day:

Connect with Matu on Twitter, Twitch, and Instagram, and add “Out of the Mist” to your playlist as we are adding it to our glamglarepick playlist on Spotify: