SONG PICK: The Beths – Mars, The God of War 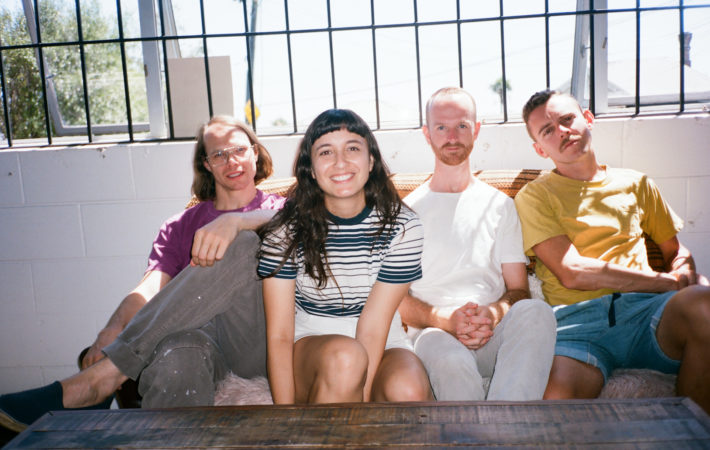 SONG PICK: The Beths – Mars, The God of War

A lot is going on in The Beths‘ new music video and no surprise, with a title like “Mars, The God Of War.” Elizabeth Stokes personifies the planet when she sings: “Mars, the god of war, is watching over me // So passively // From the twinkling scenery // Mars, the god of war // Pretending so serene // He’s keeping his hands clean.” – which immediately pulls the listener in, wanting to know more. What sort of unfinished business does the singer have? The Callum Devlin and Annabel Kean directed video is featuring the band while trying to pull off a heist. This wouldn’t be necessarily appealing to us was it not for the overall comical arch and the fun elements, and the very talented band members. Stokes says about the clip:

“The video has a really silly energy that everyone really embraced. With NZ being COVID-free, there’s a real palpable joy and euphoria in being able to get together and make something. We feel very lucky and Sports Team smashed it out of the park once again.”

The director team adds the following:

“As well as being genius musicians, in our minds The Beths are defined by being a committed, intelligent and extremely efficient team, and have turned the collaborative inner workings of an indie rock band into an art in itself. We wanted to explore that side of the band in the ultimate team-up genre; a high stakes twist laden heist movie. Obviously. Also, we seem to find the idea of The Beths entering into a life of crime frankly hilarious. We love working with The Beths. No band is more committed to exhausting every possible gag out of a situation. We initially plotted out the entire film, but decided to abandon it in favour of making as gag-dense a video as possible, if that makes sense.”

While things in the USA are dire at the moment, and make us wish to live anywhere else in the world, New Zealand seems like a very favorable choice, especially with music like this! But since this won’t be easily possible, we can watch The Beths live from Auckland Town Hall on Nov. 14th at 5PM EST via Bandcamp: The band reveals:

“Soon, here in Auckland, New Zealand, we get to take the stage of our home’s beautiful Town Hall, and we would love you to join us. We’re trying to make something to come together for, online, around the world. We’ve been saying it over and over, we are so lucky to be able to play live shows right now. So we’re going to try to share that. We’ll be there for a warm-up hang out, and we’ll be in the chat throughout the performance too. Come and hang xo.”

Listen to “Mars, The God of War,” our Song Pick of the Day, and watch the joyful and amusing music video:

Connect with The Beths on Facebook, Twitter, and Instagram and add “Mars, The God of War” to your playlist as we are adding it to our glamglarepick playlist on Spotify: