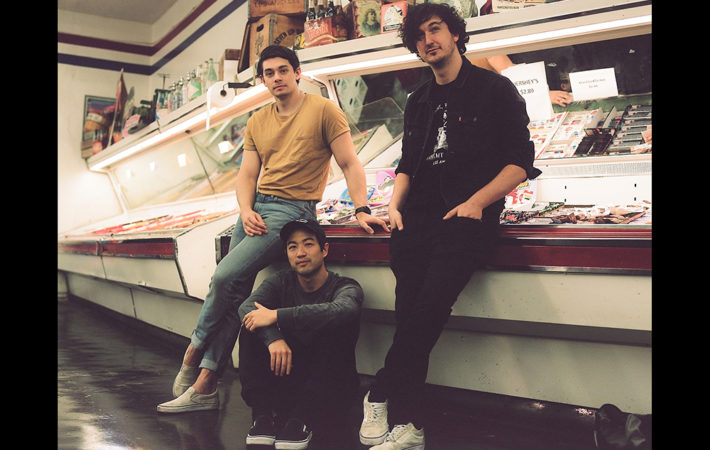 Californian three-piece The Drives could as well have met in early 2000 and not only in 2017 because of the cool and catchy indie-rock they create. It was 2017 when singer and songwriter Andrew Levin and guitarist Casey Chen met over their bedroom recordings and formed The Drives. Later that year, bassist Geo Botelho completed the band. Their glorious new single “OCD” sounds like the glistening bright love child of The Strokes meets Interpol, thanks to the stellar guitar work reminiscent of Albert Hammond and Daniel Kessler respectively.

As a true fan of both of the legendary bands, The Drives’ sound instantly appealed to me, and Levin’s vocals can easily hold up to Casablanca’s and Banks’ in their warm tone and charisma. The trio records and produces everything out of their house in the Highland Park neighborhood of Los Angeles, and “OCD” is no exception. Maybe most surprising though is the serious topic that “OCD” tackles, given the song’s joyful and optimistic vibe. Levin says about the track:

“I have struggled with pretty severe OCD almost all of my life and surprisingly have not written much about it. This is one of the first songs where I address OCD and my own mental health. Specifically, I’m talking about my reluctance to speak about my mental struggles to anyone, including psychologists and loved ones in my early 20s. I always knew something was ‘up’ with my head and knew that I would eventually have to address what it is that was going on. However, I was pretty terrified to tell people around me what was going on in my mind, so I resisted talking about it to anyone. That’s really what this song is about. It’s about me hating the idea of letting someone help me with my mental health. Of course, when I actually let my family, friends, and psychologists help me, it was the best decision I ever made and has absolutely changed my life for the better.”

Aside from being a fantastic song, this is what music is all about: telling a true story and maybe helping other people along the way as well. Keep it that way, Andrew – best wishes, and more such beautiful songs, please!

Listen to “OCD”, our Song Pick of the Day:

Connect with The Drives on Facebook, Twitter, and Instagram and add “OCD” to your playlist as we are adding it to our glamglarepick playlist on Spotify: