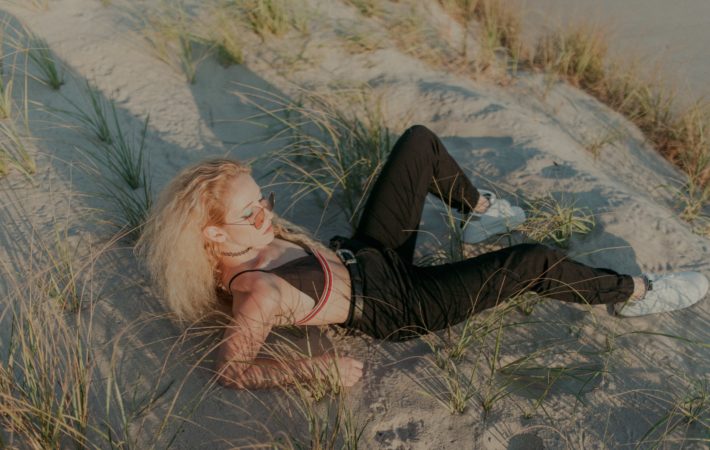 “The Drive” is about the healing effects of a long drive (or walk for that matter), when the world passes by and one has the time and space to reflect and make important decision. In this case the story went apparently well for Skyler Cocco as she maintains an upbeat, bright vibe throughout the song. The New York-based singer/songwriter creates all music herself and that certainly helps to get the elegant production just right without trendy bells and whistles.

Skyler tells us about the song:

I wrote ‘The Drive’ to reflect on a time where I’ve said things I didn’t mean to my partner or lashed out in a way that made them feel insecure in the relationship. It’s the cooldown period after a fight, where you take some space to really let your own words resonate and see where you were wrong in a situation, and realize what you’re putting at stake by not changing those behaviors. I really wanted to write a love song that felt vulnerable and showed my true intentions, that I can hold myself accountable and change for someone who I wouldn’t want to live without.

Listen to our Song Pick of the Day “The Drive” on all streaming services or below on SoundCloud: