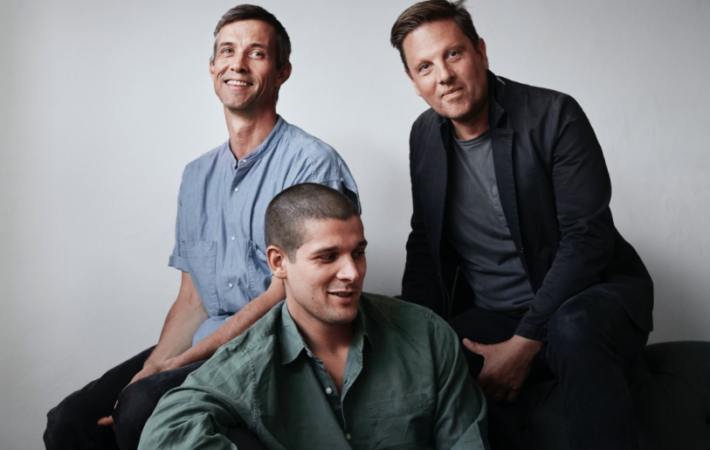 Fans of Downtempo, trip-hop, and any kind of chill electronic music will know about Zero 7, the British duo consisting of Henry Binns and Sam Hardaker. With their 2004 released second album “When It Falls”, featuring the vocals of Sia and Mozez, among others, they put themselves firmly on the map. Now, the duo announced their new EP “Shadows”, their first collection of new songs after more than half a decade. For this project, they teamed up with singer-songwriter/multi-instrumentalist Lou Stone. For us at glamglare, this marks a double treat as we are not only fans of Zero 7’s atmospheric arrangements but also of Lou Stone, whose songwriting talent and vocal craft we have enjoyed and featured before.

“Outline” is ultra-lush despite its very sparse production, thanks to Lou Stone’s gorgeous vocal delivery, and the nostalgic Fender Rhodes lines. “Outline” makes the impression that every single note and sound count, everything has a role and a purpose and the result is fascinating! When asked about the track, the group provides:

“It came together over a long period of writing. We went through quite a few versions of the song to arrive at the final product, jumping between more upbeat electronica and very stripped back piano and vocals before settling on a version that allows the core components of the song – it’s melodies, lyrics and unusual harmony – to stand out. It really is about seeing the outline of something new on the horizon and about the anticipation of not knowing how things will end up”.

Listen to “Outline”, our Song Pick of the Day:

The EP “Shadows” will be out via Make/BMG on October 23rd.