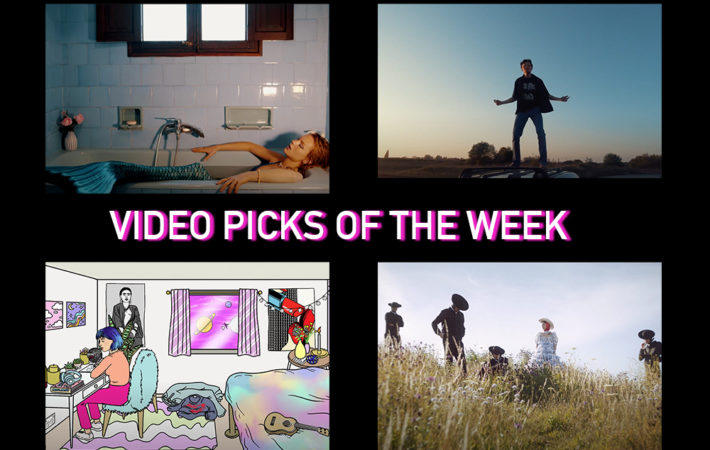 In “Green Eyes” German singer/songwriter Amilli seduces her love interest with classic, pretty visuals. She keeps her cool though, singing: “I’m glad you take a chance on me.” And the summerly vibe comes not out of nowhere as Amilli reveals:

In June, I went on a little trip writing trip in the wilderness with my producer and engineer. “Green Eyes“ came about in only a few hours – it was a really spontaneous and impulsive process. It had this special groove right from the beginning.
Watch the video now:

“I wanted to create a feeling of going back to the landscape of our childhood,” Viktor explains, “transcending time and space the childhood scenery is now experienced in an unconfined and fresh way. For a moment everything feels peaceful regardless of whatever happened in the past.”

Mission accomplished! The video is playful and puts a little joy in our hearts.

Australian singer/songwriter merci, mercy creates bubbly pop and has also just the perfect video to go with it. She says about the clip:

“I was so excited to film my first video. I was a little nervous, but my sister bought champagne to loosen up during filming, and after a few takes, it was so fun. I love how Bianca has built an entire animated world for me, and with this video it’s just taken it to the next level.”

“Many Things” is a track from Odina‘s just-released album “What I Never Told You” (Apple Music | Spotify) and the gorgeous video is the perfect backdrop to experience her unique way to draw you into her songs.