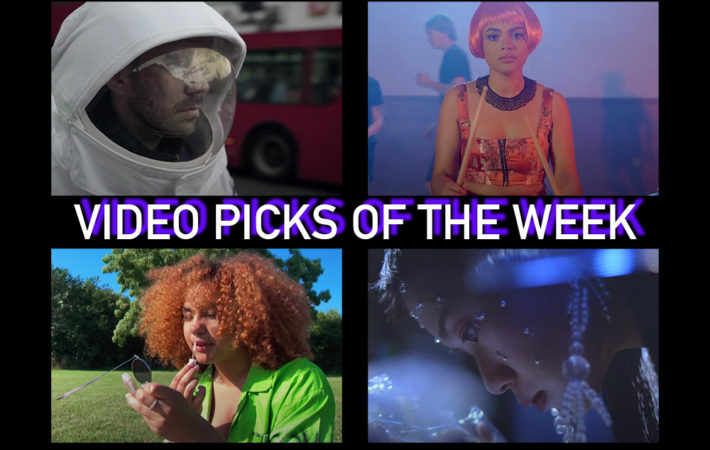 Despite its gripping title, we loved the sheer beauty of “Firing Squad” by Glasgow-based singer/songwriter Crawford Mack, hence had previously featured the track in our Song Pick of the Day series. Today, the creative singer-songwriter released a short film, conceptualized by him together with the director/producer Liam Hendrix Heath. The video borrows heavily from the ideas around Bowie’s Space Oddity and Stanley Kubrick’s, in short, it follows an astronaut’s journey through suburbia, when images of his past, some rather menacing, rush to him. When asked about his music video, Crawford explains:

“I didn’t want to go for something obvious with a literal ‘Firing Squad’ and soldiers because I think I’ve seen plenty of that in music videos before. Liam and I spent a long time over lockdown talking through what the song was about for me, until one day out of the blue, he came up with the idea of the astronaut walking past tableaus that are flashbacks of his life. The idea grew from there until we started to create our antagonist teacher character for the final face-off.”

Hard to say what is more appealing – the catchy song or the expressive visuals of the video. With “Calculated Risk” New Zealand singer, songwriter, and producer Estère has a hit at her hands, and her upcoming album “Archetypes” promises more of this. She says about the video:

We referenced things we’d seen in indie rock videos, and juxtaposed them with the portrayal of several black female characters trying to exist in a space where they feel uncomfortable. It’s about learning to thrive outside of the status quo and endeavouring to be bold like the greatest drag queens.

Ruti – Closer To You

We could not get enough of “Closer To You” a month ago, but the song becomes even better with the recently released video. U.K. singer/songwriter Ruti will make you smile as she dances through places near where she lives.

The video for “Times New Roman” takes you into a world full of mysterious beauty. In a fluid world of green and blue, you can follow Shanghai-based producer and singer Scintii as she finds to her identity as an artist. She says about the song:

‘Times New Roman’ really started to become about me feeling sure of myself as a musician and producer, going in a new direction, and really being able to maximize my own voice.