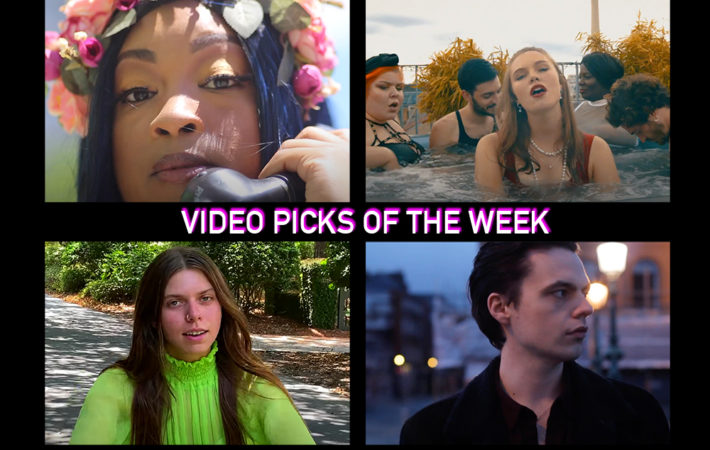 Ekelle is a Toronto-based musician who was pulled into the law enforcement machinery in error. Her song “Dropped” deals with therefore being treated like a criminal, but also with the joy of getting out of this in the end. Ekelle gives some background:

In 2015, I was falsely arrested under suspicion of drug trafficking while on my way home from a vacation. There is still a huge stigma associated with any sort of police interaction, especially an arrest. People start to look at you funny, like you’ve done something wrong. They completely forgot that you are innocent until proven guilty.

Born in Belgium to a British mother and a South African father, Moli grew up with the Anglo-Saxon heritage of her parents. While she spoke French at school, she spoke English at home and is now fluent in both languages. She says about her bilingual songwriting approach:

“French is a big part of my life. It’s my second soul, so to speak, and I want to bring these two worlds together. I bring as much as possible into my music. Make it as authentic as possible.”

“Jacuzzi” is a collaborative approach, produced and directed by Beben Berlin and Moli herself and is meant as a tribute to old French movies, in particular, “La Piscine” by Jacques Deray. Beben Berlin say about the music clip:

“To do the movie justice, we were searching a long time for locations that fit the concept, and we were really lucky to find such a beautiful rooftop jacuzzi and the Mediterranean pool house near Berlin [the city], which can be seen in the final shot.”

In did, after having followed Moli in and out of the water, and in a way, wanting to be part of the joyful experience, we can enjoy a wonderful air view over formerly East Berlin and its landmark TV tower.

“Wasted” is the new song be L.A.-based, Louisville-raised musican Sarah Beth Tomberlin. Her new song “Wasted” comes with a gorgeous video full of carefree summer vibes. But there is also a ghostly element in it, like a reminder that these moments don’t last forever. Sarah Beth recalls:

‘Wasted’ was the most fun song to record. I brought the song with the guitar part and knew I wanted drums, but wasn’t sure what kind of beat I wanted. Alex played this drum beat for me and was all ‘kinda left field but maybe this would be cool.’ It took the song to a whole new level. Sad song or summer banger? You tell me. The video was made with the help of Busy Philipps (who directed) and Marc Silverstein (who shot it), who are more like family then friends at this point. I was quarantined with them and their girls in South Carolina and we came up with the idea and shot it in about 4 days on an iPhone.

At home in Dublin, indie rock quartet TV People find new fans with every new single they put out and this is no different with “Nothing More”. The visuals to the mellow, slowly unfolding track, pick up its different moods beautifully.
When asked about their new single, the band explains:

“It reflects on the superficial challenges of finding yourself that you face in adolescence and early adulthood, and contrasts these with a deeper existential anxiety that emerges in their place as you begin to overcome them.”

It goes even darker, and who would blame them, as they further say:

“The song documents the experience of trying to make peace with the realisation that life may be inherently meaningless and deal with the burden of being responsible for your own life’s purpose. It was written remotely during the lockdown period by sending each other music and mixing a home demo which was a new way of writing for us.”