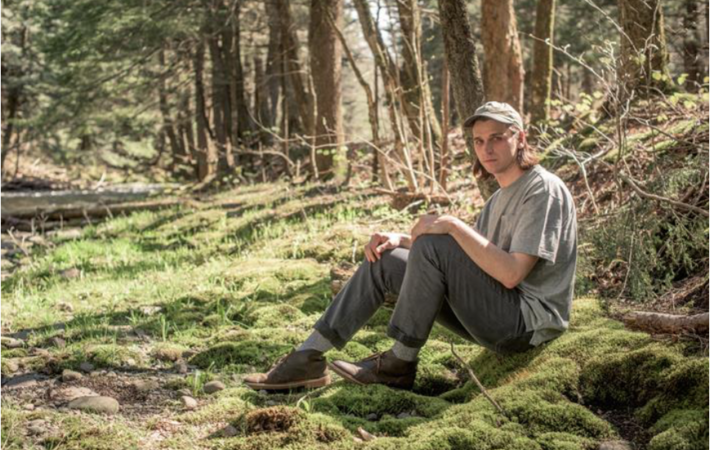 Electronic musician and synthwave pioneer John Jagos, aka Brothertiger, is releasing his first album of original material in five years. “Paradise Lost” the last single before the album drops on Friday, is the album’s title as well as closing track and it is full of promise despite the grim name.

One of the cool things about running an indie music blog is the exposure to new music before its release date, and so we not only assume that the album is magnificent but we know that it is so as we’ve been listening to it for the last couple of evenings. For its release day, September 11th, Brothertiger has planned a special album release show out of his studio in Brooklyn. More about this here.

Reading up on the press release, I learned that Brothertiger not only was inspired by ’80s legends from Tears for Fears over to Talk Talk and Prefab Sprout, but he has released in 2017 his own version of one of my all-time favorite albums: “Brothertiger Plays: Tears for Fear’s Songs from the Big Chair.” Now I am even more intrigued as I already was by listening to his original work because… taking on my -hands-down- favorite band, how well could this go? Turns out, surprisingly well. Covers are such a hit or miss situation and usually better left alone but clearly, Brothertiger knew exactly what to do with the gorgeous, timeless material and put his own sparkling spell on it.

Fast forward to 2020, listening to “Paradise Lost” with its all-encompassing, dreamy vibe the desire to hold on and keep on listening becomes almost overwhelming.

Reflecting the central themes of his upcoming album, Jagos says:

“I’ve definitely grown a lot while being here, but it’s grown a bit tiresome to me, too. New York City’s lost a lot of its glimmer when it comes to music. It’s a lot harder to make music here now, with the shutting down of DIY venues and rent increases that make it harder for artists to cultivate something. A lot of this album is about my frustrations about possibly leaving the city, as well as my yearning to escape somewhere else—if not for a brief period of time, then maybe permanently.”

Living in New York City for the past 19 and a half years, following the music scene closely, we understand this kind of frustration, and these thoughts only all too well. Without getting too doomy and gloomy but the pandemic is not helping matters either, with even more DIY venues closing and artists struggling more than ever to make ends meet.

“Paradise Lost” is a shimmering, bittersweet reminder to enjoy precious moments as they happen, and as long as there are musicians making this kind of soothing and inspiring music, not all is lost!

Listen to “Paradise Lost”, our Song Pick of the Day:

Connect with Brothertiger on Facebook, Twitter, and Instagram and add “Paradise Lost” to your playlist as we are adding it to our glamglarepick playlist on Spotify: