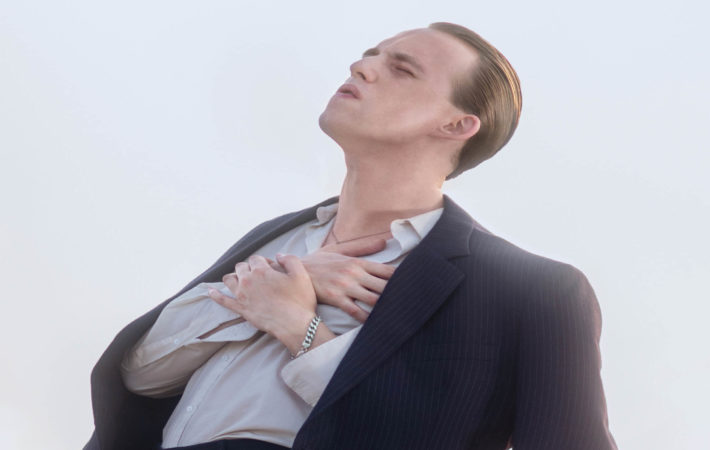 Better Person is the project of Polish, Berlin-based musician Adam Byczkowski, who just dropped the first single “Something to Lose” from his equally titled upcoming album. The single is like heading back to the 80s, when Spandau Ballet, Style Council, and the likes were dominating the pop charts. “Something to Lose” is more delicately framed than an 80s hit would have been, but the feeling of longing and belonging is all the same. Simply put, “Something to Lose” is a romantic and utterly gorgeous ballad.

When asked about the song, Byczkowski offers:

“‘Something to Lose’ is the first happy song I’ve ever written. Initially I wanted to capture the ecstatic feeling of fresh love, the excitement and thrill that comes with it. But as time went by, this simple song gained more and more meaning for me. Falling in love so deeply and strongly woke me up from a lethargic, cynical state, it radically changed my view on the world and my entire life. It is extremely hard to believe in humanity these days. The euphoric feeling that happens between two human beings is a moment of sweet distraction that truly everyone deserves. Something to live for, somewhere to hide. The wind in your hair, the evening summer breeze, the tender touch of another person. Love is the strongest weapon against hate. It is the first step to a positive change and I live for it.”

The joyfulness of “Something to Lose” is infectious, in the best of ways, and here’s to more such ‘happy songs’!

While in Montreal Byczkowski and his friend Geoff Meugens filmed visuals for “Something to Lose”, which were edited by  Max Winter and Moritz Freudenberg. The story behind the clip’s feel is sweet and touching. Byczkowski explains:

“We took an evening drive to the other side of the island and filmed me singing the song in one take a couple times. We decided to set up on a little piece of grass by the water, right next to a bike path. The strange looking families of bikers fully dressed up in their bike costumes and helmets were stopping to watch me sing, thinking it was a spontaneous live show. That intimidated me at first but later on gave me confidence and pushed me to sing louder and perform more sincerely.”

The sincerity of the crooning is absolutely convincing, quite touching, and oh-so-welcomed!

Listen to “Something to Lose”, our Song Pick of the Day:

Connect with Better Person on Facebook, Twitter, and Instagram and add “Something to Lose” to your playlist as we are adding it to our glamglarepick playlist on Spotify:

Out on October 23rd via Arbutus Records, pre-order “Something to Lose” the debut album by Better Person here.