VIDEO PICKS OF THE WEEK: Ela Minus, girl in red, Juanita Stein, Orava 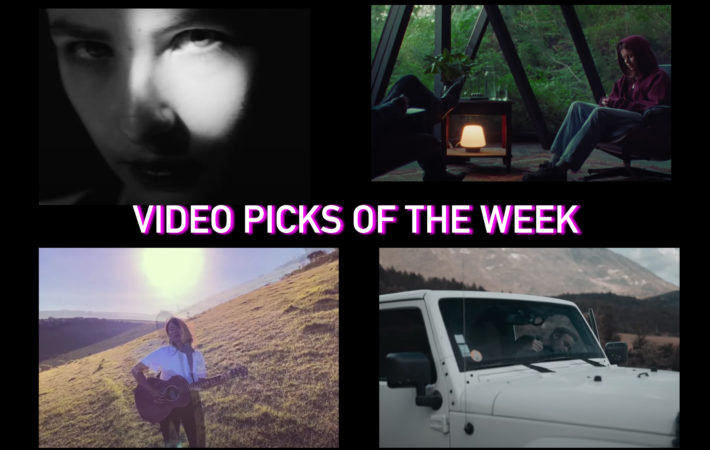 VIDEO PICKS OF THE WEEK: Ela Minus, girl in red, Juanita Stein, Orava

Brooklyn-based, Columbian electronic musician Ela Minus announces her debut album “acts of rebellion” (out on October 23) with a bang: “es cielo es no de nadie” is an elegant, danceable song that you may want to put on repeat. The video is no less cool: watch Ela showcasing her impressive live rig in an empty venue. Can you guess which one?
Ela says about the song:

“el cielo no es de nadie” is about all the love I see in small, everyday acts. It’s an invitation to appreciate unheroic, but constant and meaningful actions. The song’s title, “el cielo no es de nadie”, refers to the phrase “I’ll give you the sky,” a common expression used in Spanish when in love. In the song, I defy it: “you can’t give me the sky / it isn’t yours to give”.

Norwegian musician Marie Ulven aka girl in red just released her new song “rue,” which goes another step away from bedroom pop towards a bigger sound. The video depicts an unusual nightmare that has Marie running away from sunlight. She says about the song:

I wrote this song for my loved ones who are affected by my mental health. I will always try my best to get better for them, and I am forever grateful for their presence in my life

Follow UK-based Australian singer/songwriter Juanita Stein into the South Downs near Brighton for a few reflective, intense minutes. “The Mavericks” is from Juanita’s upcoming album “The Snapshot,” due out on October 2nd. She explains about the song:

“The Mavericks” is a song that came together over a few years. The first half I’d already had written, the lyrics came in one blessed burst of lyrical expression, then I stashed it away, not knowing quite what to do with it. I was later able to complete it, whilst writing the songs for ‘Snapshot’. With the razor-edged perspective loss can bring, finding the right words became a lot easier for me. Sonically and lyrically, I wanted the song to rise and fall, swell and intensify, mirroring the cyclical nature of life.

Orava né Axel Gerard, is a French singer, songwriter, multi-instrumentalist and producer who now lives in London, U.K. His new single “Now I Know” is part of his debut album called “Behind The Wave” and out on September 25th. For the visuals Orava took some inspiration from electro-pop pioneers Depeche Mode, mashing some of their iconic videos into his very own style. Shot in Vercors Regional Natural Park, a protected area of forested mountains in the Rhône-Alpes region in southeastern France, the result is highly compelling. When asked about the track, Orava explains:

“The song points out that no matter how beautiful and valuable our stories are, we tend to focus on trouble and forget that everything is a matter of perspective.”

Matter of perspective… so we are also able to bring the beautiful and positive into focus!