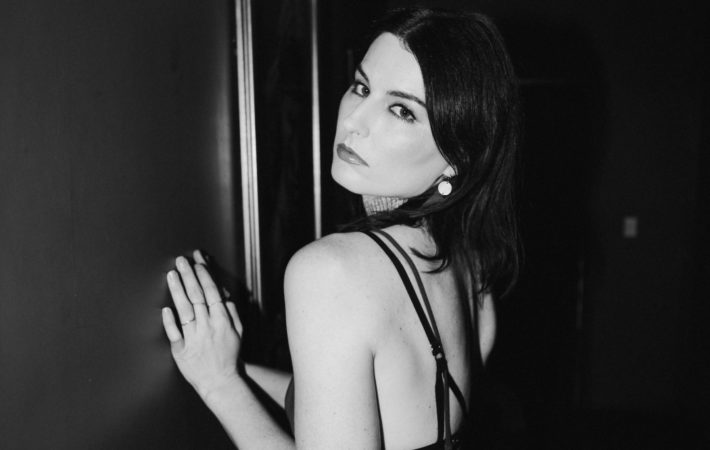 Filed Under: Premiere, Song Pick of the Day, Video — By: Oliver Bouchard

“White Lies” is a song full of symbolism: the cleansing forces of truth wash away pretense and deception. The new song by singer/songwriter Karolina Rose may be my favorite yet with its unpretentious but gripping production with elements of drama and suspense. “White Lies” is the last single of Karolina’s second EP “Rosemary” (Apple Music | Spotify) – her second name – which is out today and contains three more previously released songs, including a clever Shakira cover “Objection”.

Karolina says about the song:

It’s the little white lies that uncover the biggest lies. They build like little clues to the breaking point. The song references the water-bearer (Aquarius reference) uncovering the lies and washing them out in water. She is cleansing the lies and creating an equilibrium of purity once again. Besides water, there’s a running theme of White Horses that are all-knowing & all-seeing. They stand guard. The lies can’t get past. The blue-green represents purification, washing off toxicity and coming out victorious.

Watch the beautiful video for “White Lies” as an exclusive premiere on glamglare. Karolina filmed it last year in Croatia and it features the sea, Mediterranean landscapes and the white horse from the song:

Listen to “White Lies” on SoundCloud or Spotify: