SONG PICK: The Clockworks – Can I Speak To A Manager? (Video) 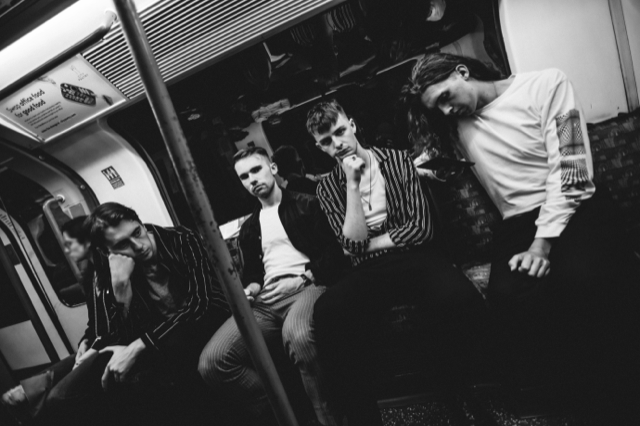 SONG PICK: The Clockworks – Can I Speak To A Manager? (Video)

Originally from Galway, Ireland, The Clockworks relocated to London, U.K. in 2019, where they signed with the label Creation23. Back when they were still in Galway, frontman James McGregor found himself dragged down by his 9 to 5 job and spilled his frustration and anger into a breathless and oh-so relatable lyric, that ultimately became “Can I Speak To A Manager?” The feeling of helplessness and being on the brink of resignation are wonderfully expressed, especially in the accompanying music video.

James says about their new single:

“Musically I think it is one of the starkest and darkest tracks that we have. In essence, it’s a simple story of getting a dodgy laptop and having no luck on the phone to the company who sold it. Without the “fast-food distraction” factor I hoped the laptop would provide, I looked around for something else to do and found nothing. Nothing on TV, nothing in the fridge, showering for some purpose….Spending money to try and buy some purpose just makes me more cynical…I wanted to sort of drill in the phrase “Can I speak to a Manager?” to get a feeling that everywhere I look, that question is there.”

Agreed! Equipped with headphones and volume turned up, “Can I Speak To A Manager?” provides a little escape and the much needed vibe of “you are not alone.”

Listen to “Can I Speak To A Manager?,” our Song Pick of the Day and watch the highly compelling video, depicting the track’s fiery mood perfectly:

Connect with The Clockworks on Facebook, Twitter, and Instagram and add “Can I Speak To A Manager?” to your playlist as we are adding it to our glamglarepick playlist on Spotify: