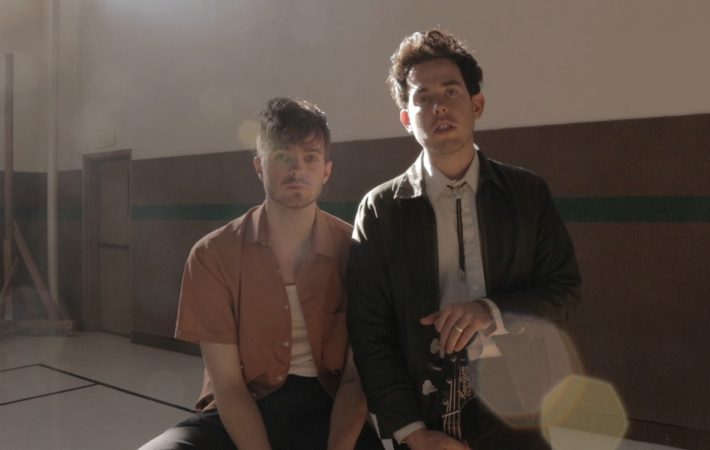 Twice already I passed on a band called Baseball Game because what type of music would they possibly make? Then again, it seems to be hip these days to give your band a sports-related name as I came across a few more new (!) ones. It also would have been a mistake to NOT listen to “Woman”, the single from Baseball Game’s self-titled EP because it is such a laid-back, hazy-smooth, and simply gorgeous track!

Baseball Game is the creative partnership of LA/Nashville duo Adam Carpenter and Jason Bennett.  Turns out, the band is not shy to provide info about their band name, which is so much more inspired than I wanted to give them credit for:

“The name Baseball Game comes from a defining childhood memory, and is a nod to the defeat, shame, and embarrassment we sometimes feel in coming up short in the game of life.”

Listen to “Woman”, our Song Pick of the Day:

Connect with Baseball Game on Facebook, Twitter, and Instagram and add “Woman” to your playlist as we are adding it to our glamglarepick playlist on Spotify. Check out the entire EP here:

Watch the “Woman” music video which was directed by John Rizcallah and shot in Anaheim, CA. It draws influences from movies such as “Boogie Nights” and “Space Jam.”