SONG PICK: The Chronicles of Manimal and Samara – Atoms 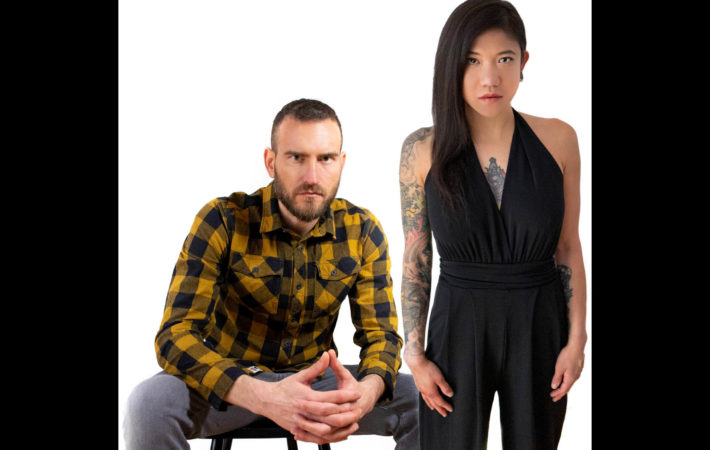 SONG PICK: The Chronicles of Manimal and Samara – Atoms

The Chronicles of Manimal and Samara or in short TCOMAS are a fascinating, creative duo based out of London. Andrea Papi (Manimal) and Daphne Ang (Samara), the artists behind TCOMAS, have just released their debut single “Atoms, which is part of an eleven tracks album called “Full Spectrum”, to be self-released later this year.

When asked about “Atoms”, the duo explains:

“We composed “Atoms” as a musical visualisation of a timeline of the world, from its origins to its end. We wanted it to give a sense of mankind’s place in the cyclical nature of time. This song is a reminder that while every beginning has an end, every end will also be followed by the hope of a new beginning. It highlights an essential step in the process of transformation, in which we submit our fate to the cycles of rebirth and renewal.”

This sound especially relevant now, to be reminded of this fact, to be gifted hope. Andrea and Daphne provide further insight:

“As the lyrics suggests, in order to experience the light, one must first take the plunge into the darkness of “the formless blackness of the Prima Materia”. Only then can one can rise up after a fall. While this is a song about hope, it is also about the failings and frailty of man. It beg us to consider the need to revisit the past in order to ensure that history does not repeat itself.”

While this can come across as a bit brainy, it actually is not thanks to the mesmerizing sonic mystery, made up by piercing guitars, joyful synths, and an utterly enchanting speaking voice. It is also reminiscent of musicians who experimented with spoken words and music like the German pioneers Neu! and La Düsseldorf or more recently U.K. trio Hælos. Clearly, TCOMAS have their own take on things and it will be thrilling to hear the entire album!

Listen to “Atoms”, our Song Pick of the Day:

Connect with The Chronicles of Manimal and Samara on Facebook, Twitter, and Instagram and add “Atoms” to your playlist as we are adding it to our glamglarepick playlist on Spotify: