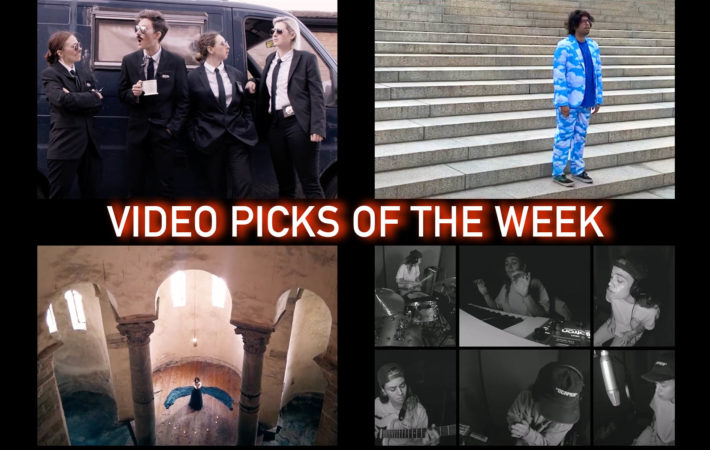 Not enough that our lives, as we used to know them, are under threat because of COVID-19 but particular areas have been under scrutiny even before the virus hit. We do not need to become more explicit here, as British punk quartet Dream Nails does this for us. What we want to do though, is as supportive as we can, hence the inclusion of this video in our weekly post. Besides, it is a well-made piece of art and very much to the point. The song itself is fun too!

“Our battle-cry against the persistent and pathetic-yet-insidious obsession of the state to police our bodies at any cost. It’s a song about reproductive rights and (in)justice in all its forms.”

“From abortions being illegal, to forced sterilization of trans people. We stand in solidarity with our trans siblings in the face of the UK’s repression of trans rights.”

For the next month, 100% of Dream Nails’ Bandcamp proceeds will be split between Abortion Support Network and Mermaids.

There be a time when we look back to the “lockdown videos” (hopefully under a better name), which were created under severe restrictions and hence set free a special kind of creativity. With “White Wine & 909s” Queens-based singer/producer Glassio gives us an excellent example for this. He also just released his debut album “For The Very Last Time”. Glassio recalls about filming the video:

When the world went into lockdown I had to re-arrange all of my plans to make music videos for the album. I had to rely on the the very small set of tools I had at my disposal to create something that would accompany the songs visually. I made this video with my iPhone, a couple of bouncy balls and a deserted staircase in Canton, OH. This song has always been about nostalgia and the concept of ‘home” in my mind,’ so I threw in some family footage into the mix.

NYC/L.A. singer-songwriter Karolina Rose is back with an epic, grand pop song “Runaway Angels,” which comes with a dream-like video that balances light and darkness as it follows her moving through an old church. “Runaway Angels” will be on Karolina’s upcoming EP “Rosemary”. Karolina gives us some background:

“Runaway Angels is more ballet-inspired with a graceful, haunting feeling. It balances between this place of healing and a place of hell—running from a dark, painful abyss of memories that mostly only come up while you’re dreaming. I started releasing the EP last year and these last two songs were quite personal to me. I took some months off on a sort of spiritual journey to look within and do some healing; Runaway Angels helped me process a part of my life that was really difficult for me.

Australian singer/songwriter and multi-instrumentalist Tash Sultana impresses with incredible musical skills and talent. The black and white live jam video showcases a musician and producer in their element. From vocals to drums, guitar to bass, from the Melotron keys to the tambourine and shaker, Tash Sultana is responsible for all of it. While still working on the finishing touches of their next upcoming album, Tash filmed this clip which is as joyful and inspiring as it is gorgeous!