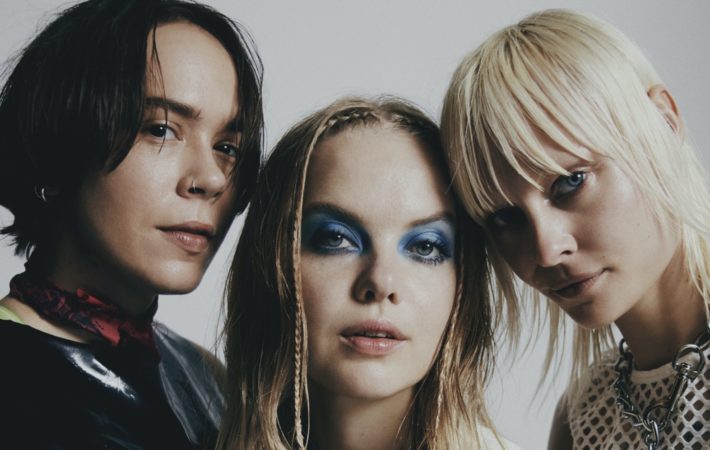 At glamglare, we have been fans of the music and live performances of British/Icelandic band Dream Wife ever since we saw them live during Iceland Airwaves 2016. They just released their excellent second full-length album (listen here) and while most tracks explode with energy, the closing track “After The Rain” strikes a different note. Singer Rakel Mjöll, known for her raucous speak-singing, turns to softer vocals as she candidly refers to a difficult situation from her own life. She recalls:

The song was originally a voice memo I recorded after having a conversation with my sister, she had just discovered she was pregnant, and she didn’t want to go through with the pregnancy. This was happening at the same time as The Human Life Protection Act/Alabama Abortion Ban last May. Going through these multiple waves of community shame, anger at these systems imposed by the patriarchy to own women bodies, lack of trust, and feeling disconnected from your own body. And not being able to articulate those feelings.

The intense video, directed by Helga Katrínardóttir, uses water as a metaphor for all life. The band explains:

We have used water in both the song and video to symbolize and explore the singular yet collective experience of abortion. Water is the fundamental for all life. We are 75% water. Water is all and all pain is shared pain. It is our choice to craft the narratives of our own lives and fight the restrictions put on us by a society attempting to control our bodies. It’s feeling all the feelings and knowing that the storm will pass.

Watch the video below:

Listen to “After The Rain” on Bandcamp: