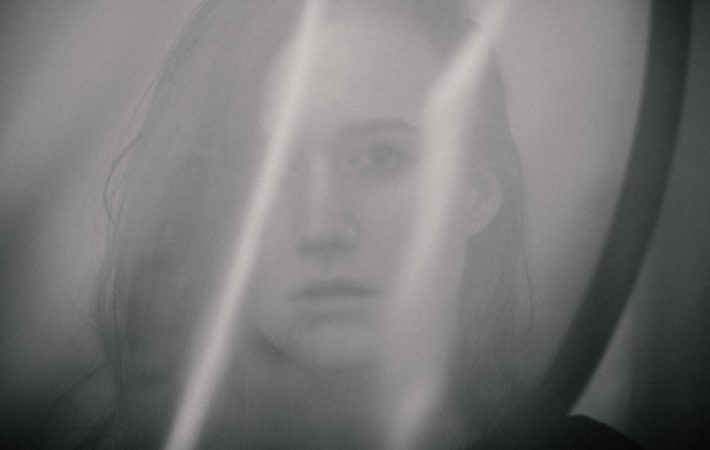 Notelle is a musician and songwriter, deeply involved in the sprawling pop music scene in Nashville, TN. In 2018, she started releasing a series of singles under her own name, crafting her signature sound which is darker and heavier than most contemporary pop music. We wanted to know more about her journey and how she arrived at this point, so we asked Notelle a few questions.

When did you write your first song? Was becoming a musician a dream of yours?

I’ve been writing since a very young age…but the ideas I had we’re such trash that I’m not sure I would even consider them songs. I’ve always been attracted to a creative career, and writing and producing music has been at the heart of me as far back as I can remember. I don’t really know anything else! Most of what I’ve studied or pursued is a back-up plan…or mainly just a distraction. 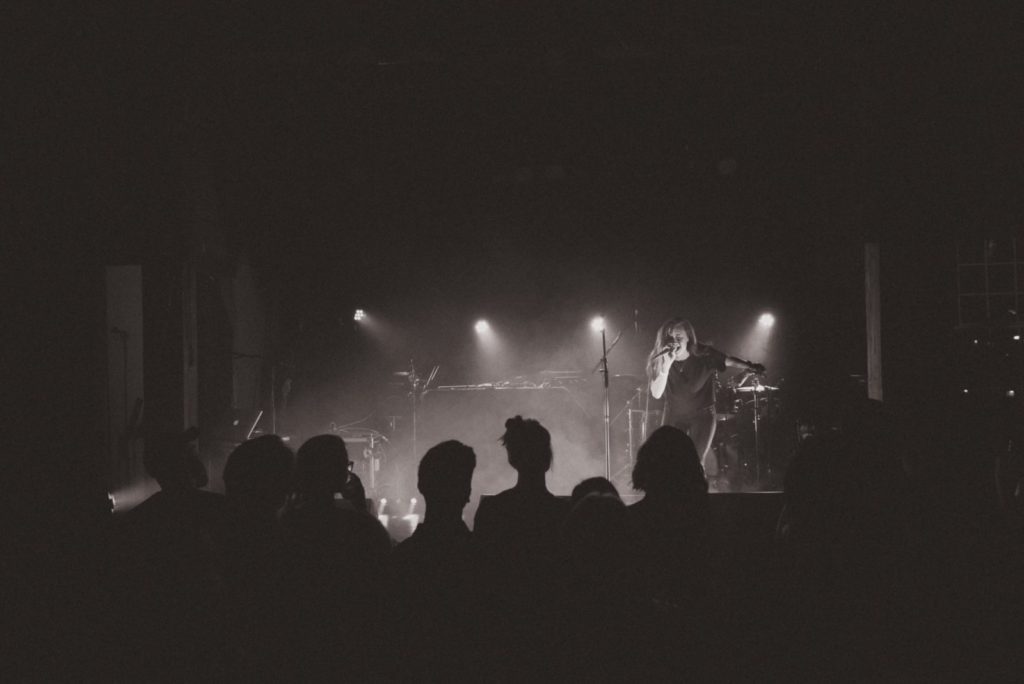 We featured “Come For Me” as our Song Pick of the Day in March and I remember your quote giving me the chills. Do thoughts like these come first in your songwriting process or are they inspired by a musical idea?

Thank you for that! You guys are amazing.

I think for me, I start with chords or a simple production loop. My piano is my most prized possession, and I’d die if anything happened to it. An emotive piano progression or the right distorted bass line…instantly inspires me. The lyrical content, melodies and overall direction starts from there.

You have been successfully toplining, the common practice of writing songs on top of the work of other producers. Is having full control over the songwriting important for you?

I think when it comes to my own artist project, I like to stick to my ideas and my ideas only with the lyrics and melodies. I love collaborating with my co-producers on the production, but I do like to be in total control of the songwriting for that. It’s the only time I get to explore whatever I want without interruption. With toplining, however, I write the majority of those tracks with my writing partner, Luma. She’s incredibly talented and we write better toplines together than we do apart. It’s definitely 50/50 in those sessions! It’s nice to bounce ideas off of a writer you trust to deliver to the calibre that she does! 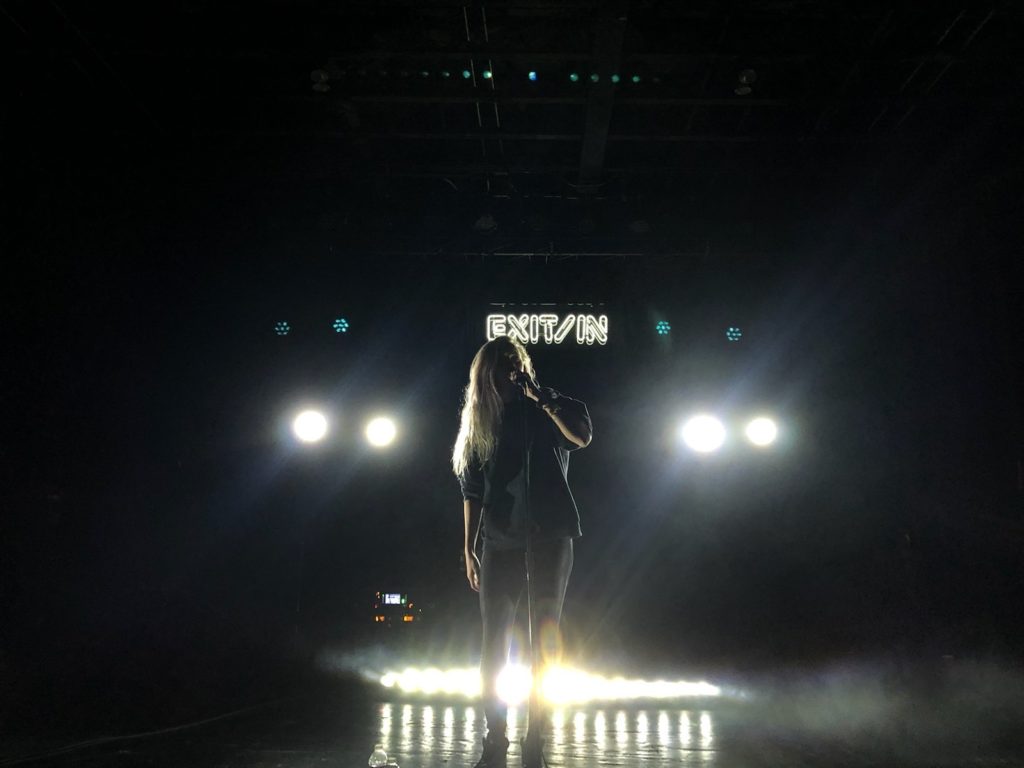 You released three singles this year that have all some unsettling elements to it. When did you decide to go into this musical direction?

My parents are always slightly concerned for my mental health, but I try to explain to them, the dark unsettling elements in those songs are definitely in me somewhere, but in the same way they’re in everyone else. I like to think that writing songs is like taking out the trash. If there’s something troubling you, if there’s something buried in your psyche that’s too dark to live with, put it in a song. Take it out of your mind, and let it live in the lyrics and the melodies and the production. Get it out of your body! It’s therapeutic to go back and listen and experience it again and again. Play it until the feeling no longer feels too big or too powerful. Eventually, it’s just another song, just another emotion and it doesn’t have control of you anymore.

Aside from obvious household names, are there any artists who inspire your music? 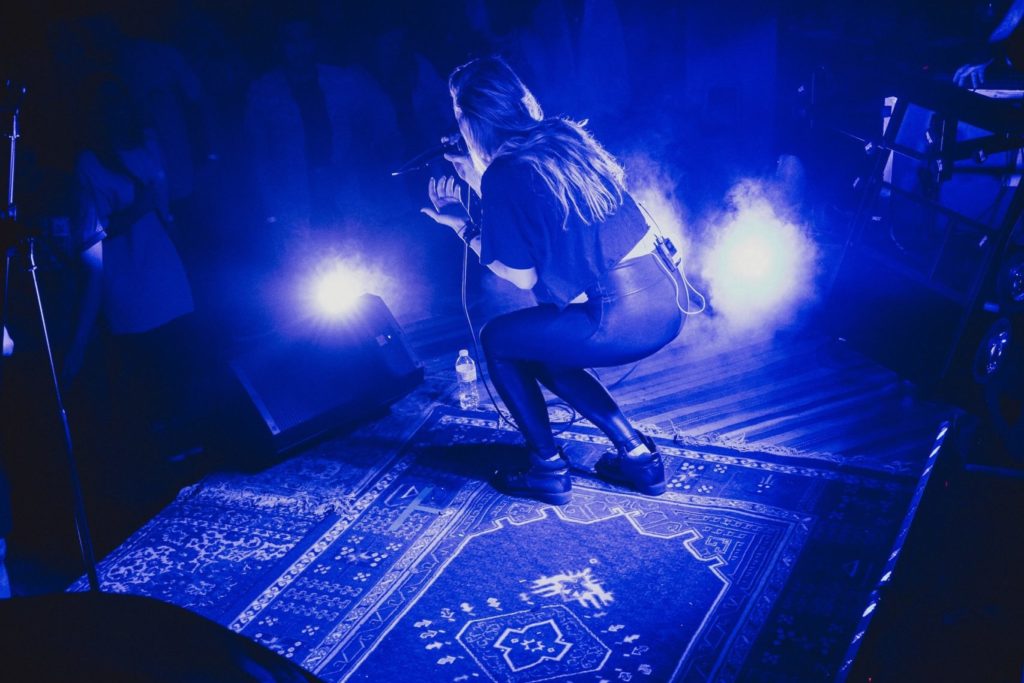 Will there be a Notelle tour at some point in the future? Do you have ideas for a live show?

If the world ever opens back up again (wear a mask), I’d love to tour. I love playing live and have a pretty amazing set up for it. Lots of lights, drum pads, haze machines. My buddy and current producer, Jesse Brock, plays with me. He’s my every-man. We have shit ton of fun playing together! The outro to my song “Alive” is such a good time played live.

If you could choose to live and make music in a past decade, which one would it be?

I think if I could live in any time, it’d be the 60s? I feel like that was when young people really started to use their voice and make a serious difference – musicians or not. Reminds me of the power of Gen Z. If I could go back and make music though…I just want to write with David Byrne of Talking Heads. That guy is insane.

Thank YOU for the honest answers! And David Byrne is still around, so go for it!