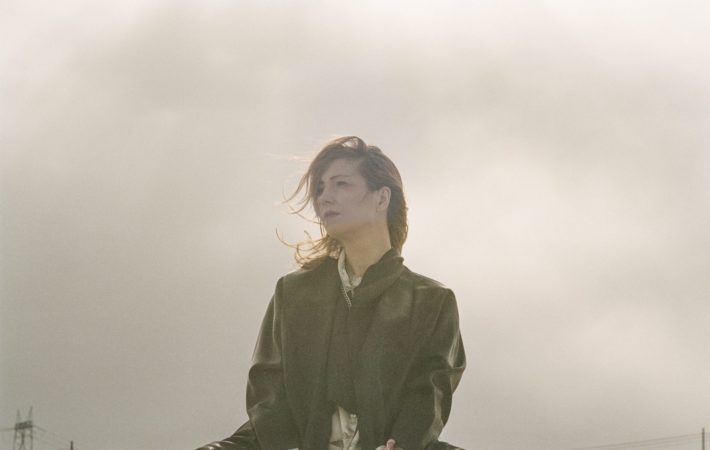 “I was my own woman once and I was sure I was enough” – then life happens and things start looking very different. In In “Body Memory” L.A. via Melbourne singer/songwriter Jess Cornelius gives a very personal insight into how certain events can shape you forever, but also how you ultimately have to cope with it.

Jess shot a video for the song, which turned out differently than planned. She recalls:

Originally I had a much more elaborate, narrative-based concept, where I was this woman running away from a cult, (hence the tracksuit and Nikes), to be filmed in Oildale and Posey where my partner, Joe, is fixing up an old cabin. At the last minute, we decided to drive to Lake Isabella because of supposed good visuals there. I was grumbling all the way there about how the location wouldn’t fit with my shot list, but when we got there and I started dancing on rocks, we just threw away the shot list and made it up as we went along. The editing was fun because I’m teaching myself Premiere Pro (thanks YouTube tutorials) and I got to throw every hilarious video effect at it. We were also heavily influenced by Laraaji’s videos, obviously.

Watch the video “Body Memory” – shot in the desert – here

Jess will release her debut album “Distance” on July 24. Listen to our Song Pick of the Day here: