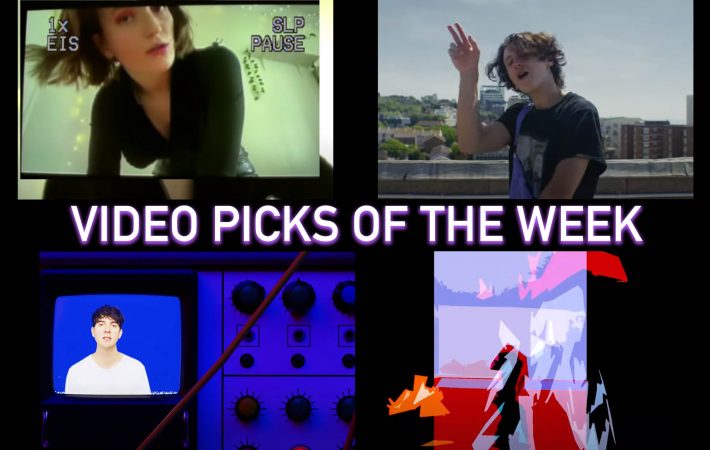 Toronto-based musician Grae has released many great videos in the past and now it is her turn for a self-directed clip filmed in isolation. “Ex Lovers” is about Grae’s complicated dating situation. She explains:

“Ex Lovers” was written during a time in my life where I was dating people just to get over a certain person. I convinced myself there was something real in these relationships when really, I knew there wasn’t. In one of the cases actually, it felt like that person was doing the same thing, trying to get over an ex by dating me, and we found ourselves in the same position, which is where the line ‘’maybe we’re just using one another” came from. We were both trying to get back at our ex lovers.

Things have changed in all areas of life, and music videos are affected by this “new normal” as well, yet luckily, we can still enjoy some really cool creations. “Sixten” by Suffolk-based artist Oscar Welsh is one of them. It sees the young English singer/producer on a high-rise’s rooftop singing and dancing, with cool area and building shots edited in. And wait, until it goes further to the end, some drawings make an appearance too. All in all an incredibly charming production, with a beautifully laid-back vibe! Asked about his latest single, Oscar reveals:

“Sixteen is a song about a tense relationship which lasted from early teens to adulthood. I guess it just illustrates the frustration an individual has when an admirer doesn’t know when to stop chasing.”

Roosevelt  reveals about the video’s production:

“Sign is a very synth-heavy track, I can‘t remember the last one I didn‘t use any guitars on. The lyrics for the song are about longing for a sheer sign of someone else, so we came up with the idea of me trying to give a sign through a synthesizer. I‘m trying to communicate through all kinds of elements on the synth, including keys, a VHS screen and an oscilloscope. We worked with an Israeli 3D designer called Ohad Ben-Moshe who created the synth. To get my shots I got a green screen and set it up in my studio and recorded myself as it was in the middle of lockdown. It somehow feels authentic to the music video though that I was on my own trying to communicate with the outside world.”

Turning Jewels Into Water is the duo of Val Jeanty and Ravish Momin. Both are teachers as well as musicians and their latest project “Our Reflection Adorned By Newly Formed Stars” is a fusion of cutting edge electronics and traditional elements. The futuristic title track comes with a ghostly, mesmerizing video.