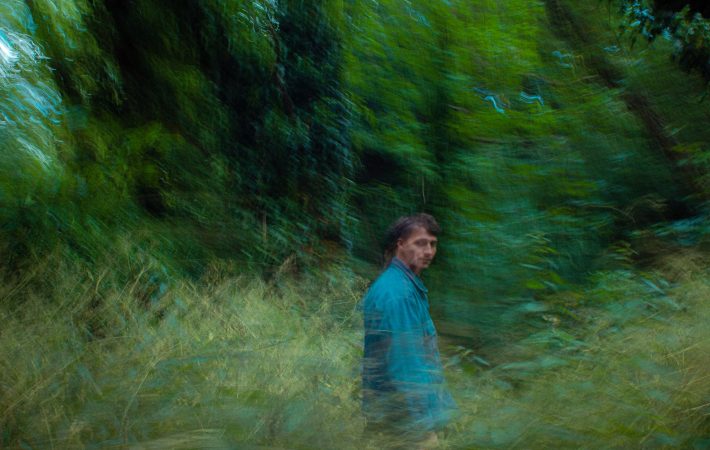 Once I decide which new song I want to feature, I listen several times to the track and jot down whatever associations I have, with usually half a dozen adjectives as a result. Not so with “Resonate”, the new single by Welsh producer and multi-instrumentalist Tomos because the descriptions were just bubbling up, becoming more and more. Turns out, I was on the right track already with “hypnotizing, “invigorating”, “soothing”, “recalibrating” or the straight forward “meditation music”, as the artist reveals:

“I was once told about the concept of going on sound walks – staying silent for a set amount of time whilst walking and listening carefully to the relationship between the sounds in your environment. Ever since then I’ve often found myself wandering around Peckham or resting in rural Wales with earphones in without any music intently listening to everything else, making ambient recordings and scribbling down thoughts. The songs from the EP aren’t based on any particular moment, but more about capturing a series of calming memories and sounds.”

Tomos leads us further into his thought process:

Producing music is often quite a meditative thing for me – the process of focussing so intently for so long on something that loops around for hours on end leads to a losing of a sense of time. During this time I don’t think about my life or anything connected to it, solely the relationship between the sounds that I’m slotting together; so writing about intent listening and meditation felt quite natural despite not meditating as a practice.”

On August 26, Tomos is about to release his new EP “Count The Seconds”  which offers more of his beautifully rich blend of smooth electronics and soothing textures. Listen now to “Resonate”, our Song Pick of the Day: