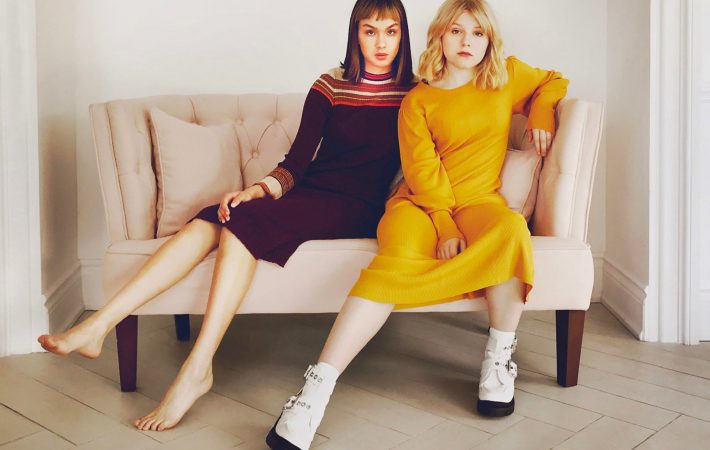 Moscow Apartment is the Toronto-based duo of Brighid Fry and Pascale Padilla who are about to release there second EP “Better Daughter” on July 10. It contains six intricate, folk-tinged songs with delightful vocal harmonies in the vein of Overcoats or Daisy The Great.

Our Song Pick of the Day “New Girl” feels like a upbeat pop song, but deals with a “I’m Having it” moment out of Bridghid’s and Pascale’s life. The band recalls:

Misogyny and catcalling served as the impetus behind “New Girl.” There was one week where we were cat called probably 10 times; we felt fed up and wanted to write a song about men not respecting women’s boundaries, especially in public. We started working on the song during one of a couple sessions at Kevin Drew’s house. He has been a huge supporter of our music, and was awesome, giving suggestions and ideas but not wanting to take any credit because he’s such a great guy. He’s super supportive of young artists – especially young women – and wants to help us stay true to ourselves and our sound.

Listen to “New Girl” on Bandcamp or all streaming platforms: